Home > News > Tropical storms appear to be lining up (...

Tropical storms appear to be lining up (Map) 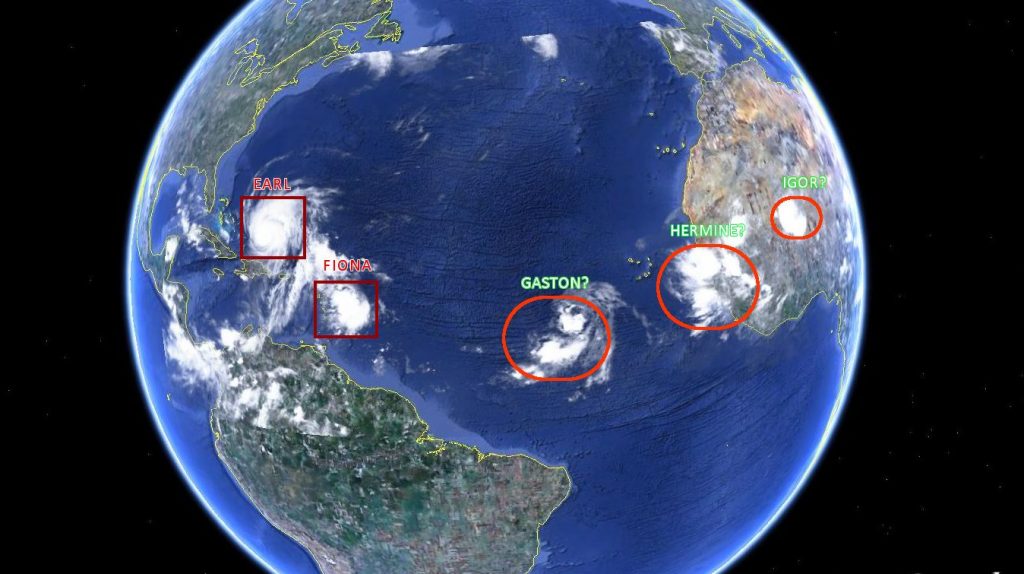 Danielle last week, Earl and Fiona this week and now it looks as though as many as three other Atlantic tropical storms may be lining up to take off.

Not all tropical waves start rotating into a storm however it’s worth noting that most severe hurricanes form from these tropical waves – and with two already out over open waters it’s possible they could turn into hurricanes.

Earl is now headed towards the US east coast and could cause issues for coastal communities in the Carolinas this weekend NZT.

Fiona hasn’t strengthened much more and is currently passing over the same regions hit by Earl on Tuesday NZT.

WeatherWatch.co.nz will closely monitor the incoming tropical waves to see if they start to spin and turn into tropical depressions. 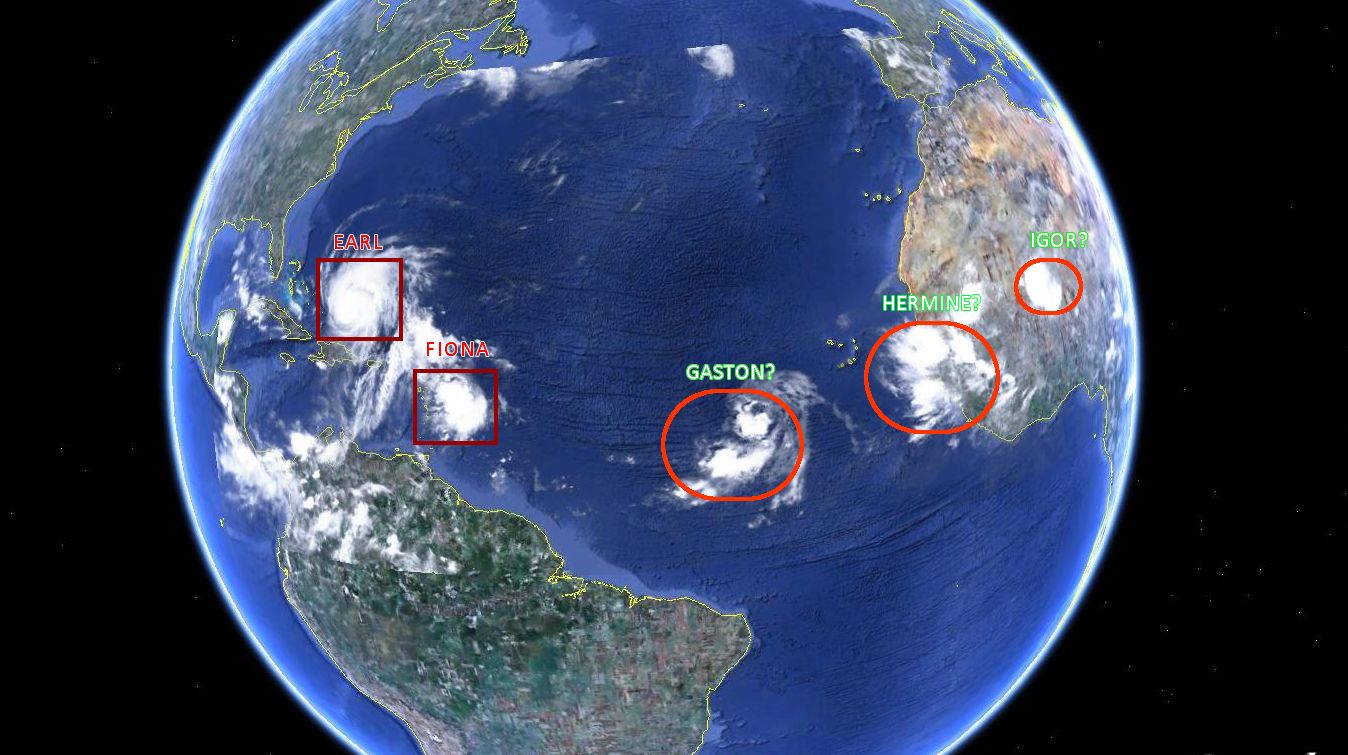