Tropical Storm Erika: At Least 20 Dead in Rep. of Dominica 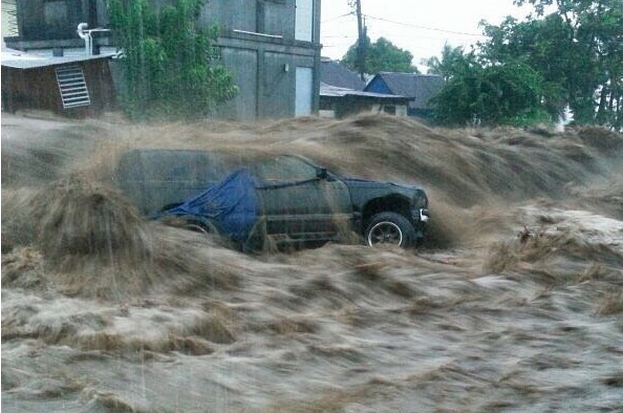 Tropical Storm Erika dissipated early Saturday (Sunday NZT), even as its remnants began drenching parts of eastern Cuba. But it left devastation in its path, reported The Associated Press, killing at least 20 people and leaving another 24 unaccounted for on the small eastern Caribbean island of Dominica, authorities said.

During a televised address, Dominica Prime Minister Roosevelt Skerrit said Erika set the nation’s developmental progress back 20 years, as hundreds of homes and multiple other structures were destroyed.

“I give you my pledge that we shall not cease until contact is made with every community and a full account is given of every single missing person. I take this opportunity on behalf of my dear wife, Melissa, the Cabinet of Ministers, the Government of Dominica and the Dominica Labour Party to extend to the bereaved, our deepest and most sincere condolences,” Skerrit lamented.

“There are still persons missing. The country’s infrastructure has been devastated,” says Dominica govt minister pic.twitter.com/PsfmJ6tPMz

The melancholic prime minister vowed parliamentary representatives will meet with families who lost loved ones to plan and complete funeral arrangements, and those injured will receive the utmost care.

#Erika might not be done yet and here is a look at what the storm has left behind so far: http://t.co/yZMerHscqW pic.twitter.com/299DPQYCwi

Among those confirmed dead were a blind elderly man and two children in southeastern Dominica, and another man was killed in the country’s capital of Roseau, the report said.

NBC News reported that 11 homes in the Dominican Republic were destroyed.

The Organisation of Eastern Caribbean States Commission worked with multiple national and international agencies, including the United Nations Development Programme and the United States Agency for International Development, to ensure the best possible response to the dire situation in Dominica, Dominica News Online reported.

In the wake of Erika’s devastating effects, Joshua Francis, parliamentary representative for the Roseau South Constituency, called on the people of the small island nation to come together in spite of losses, stating, “Together, we must stand together, and together as a nation we will overcome! It’s a very worrying, and sad moment for us; some of us have lost our loved ones, some of us have been made homeless, and some of us have had some kind of material loss. We are going to need as much help as possible. However, we should not lose our resolve, resilience, faith, and love for each other.”

About 20 others remain missing on the tiny Lesser Antilles island that’s home to about 72,000, and many homes have been destroyed in the storm, the AP also reported.

“The situation is grim. It is dangerous,” Ian Pinard, Dominica’s communications minister, told the AP.

About 80 percent of the island was left without electricity, and the water supply was cut off. Trees and light poles were strewn across streets, and several buildings sustained damage, including torn off scaffolding. AP also reports the main airport was closed because of flooding, with water rushing over at least one small plane.

“The capital city is a wreck. It is a sight to behold. It’s a disaster,” policewoman Teesha Alfred told the AP about Roseau.

The Associated Press reports that governments in San Juan, Puerto Rico, have ordered schools, airports and even casinos to close as they begin to prepare shelters.

Schools and government offices in St. Maarten will be closed Thursday, and officials asked casinos, restaurants and other businesses to close by midnight on Wednesday. They warned that they may temporarily suspend power and water service as the storm continues to approach.

Boats docked at Shell Beach Marina on Antigua’s north coast have been removed from the water since Saturday, with people not taking chances as Erika approaches, marina employee Caroline Davy told the Associated Press.

Seaborne Airlines and LIAT, based in Puerto Rico and Antigua respectively, have canceled more than two dozen flights through Friday due to the storm. Officials in Puerto Rico said they will suspend ferry transportation between the main island and the sister islands of Culebra and Vieques on Thursday.

Cruise line Carnival was forced to cancel its St. Maarten and St. Kitts stops due to the storm. The itinerary has been adjusted to have the ship spend two days in San Juan before continuing to Grand Turk and the addition of Nassau.

Please pray today for Dominica May I not be lukewarm today, but rather deeply committed to the principles I believe in. Who am I to be lazy when I have been called by God to greatness. May I not forget today the importance of the ground on which I stand. In Jesus’ Name. Amen A Year Of Miracles – Marianne Williamson. I give thanks and I continue to pray .