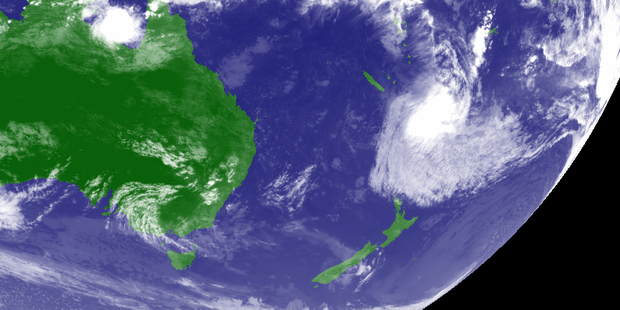 Tropical cyclones worldwide are moving out of the tropics and more toward the poles and generally larger populations, likely because of global warming, a surprising new study finds. Atlantic hurricanes, however, don’t follow this trend.

While other studies have looked at the strength and frequency of the storms, which are called hurricanes in North America, this is the first study that looks at where they are geographically when they peak. It found in the last 30 years, tropical cyclones, regardless of their size, are peaking 53 kilometres farther north each decade in the Northern Hemisphere and 61km farther south each decade in the Southern Hemisphere.

That means about 160km toward the more populous mid-latitudes since 1982, the starting date for the study released this week by the journal Nature.

That means more people at risk, especially in the Northern Hemisphere, because “you’re going to hit more population areas,” said Yale University historian and cartographer Bill Rankin, who wasn’t part of the study.

In the region where Japan tracks cyclones, they are peaking 68km farther north each decade. That means cyclones that used to hit their strongest around the same latitude as the northern Philippines are now peaking closer to Hong Kong, Taiwan, Shanghai, Japan and South Korea, Kossin said. There are about 60 million people in Taiwan, Hong Kong, Shanghai and Tokyo alone.

The trend, however, is not statistically significant in the Atlantic basin, where storms threaten the US East Coast. In the Atlantic region, the study has seen a northward drift of storms of only 4 miles a decade, which just could be random.

Kossin said the Atlantic region is different because of changes in pollution over the United States and other factors.

Past storm studies have been criticised because data doesn’t go back many years. But Kossin, his colleagues and outside scientists say by looking at where geographically storms hit their peak this study avoids problems with haphazard measurements and thus can make a stronger connection to climate change.

Sorry but “Man made global warming” has done its dash and doesn’t much wash anymore.

Climate change has been around for millenia and that’s just what it is, and thats mummy nature not Human influence.

Another perspective is the FACT that the US military has openly admitted that they can and do manipulate the weather systems as they see fit. This seems to often be overlooked as a cause of extreme weather because it is hard for many to believe that governments would be involved in such stuff. Message to Joe Public, wake up and believe it

Look what I found today. Wake up please and smell the Ionisphere.