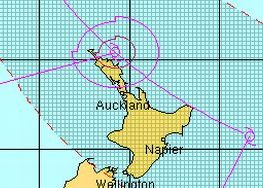 Severe Tropical Cyclone Wilma has strengthened further this morning with the Fiji Meteorological Service predicting she will now reach Category 4 strength in the coming 24 hours.

Category 4 cyclones are considered “very severe” with winds gusting between 225km/h and 279km/h.

The remnants of Wilma are predicted to reach New Zealand on Saturday or Sunday.

The cyclone, which currently has sustained winds at 170km/h and gusts estimated well over 210km/h, passed over Tonga yesterday causing damage to resorts and crops.

Wilma’s air pressure is currently 960hPa.  To put into perspective the air pressure around most northern regions during the recent weekend’s storm was about 990hPa.  The 30hPa difference makes Wilma a “severe” cyclone with hurricane force winds.

The Fiji Meteorological Service, who tracks and predicts cyclones in this part of the world, predicts Wilma will have Category 2 strength winds when she lies north west of Cape Reinga early on Saturday morning.

The centre of the low may track over the upper North Island (north of Auckland) later on Saturday or Sunday.

WeatherWatch.co.nz says every cyclone is different and while Wilma is predicted to track over New Zealand in a similar way to Zelia and the past weekend’s storm she may not produce the same outcome.

Head weather analyst Philip Duncan says Wilma will be falling apart when she reaches New Zealand, as all cyclones do when they come out of the tropics.

“It’s a very different system compared to the past weekend’s sub-tropical storm.  While that storm was growing and strengthening Wilma will be weakening and falling apart”.

However Mr Duncan says cyclones pack a greater punch near their centre.  “If you imagine the tropics as a giant cricket bat and the cyclone as the ball Wilma is being walloped towards us.  It doesn’t pose a danger to everyone in the stadium but for one group of people there’s a significant risk”.

Australia’s Bureau of Meteorology says a category 2 storm can cause minor house damage and significant damage to signs, trees and caravans along with heavy damage to some crops.

WeatherWatch.co.nz points out that the category 2 winds are only near the centre of the storm covering just 100 or 200kms across and by the time it reaches New Zealand it should only have Cat 1 strength winds or less.

“We’re talking about a small area of severe winds, not widespread gales across the North Island and while the winds do pose a risk to some in the upper North Island the main feature will most likely be heavy rain”.

MetService yesterday stepped up their severe weather outlook for the upper North Island, predicting a “moderate” chance of heavy rain in the eastern Bay of Plenty and East Cape with a lower risk for heavy rain across the rest of Bay of Plenty, Coromandel, Auckland and Northland.

“There is considerable uncertainty about the anticipated track of this low” says MetService.

MetService will update their Severe Weather Outlook later this afternoon.

“This highlights the immense difficulty in accurately predicting sub-tropical lows” says Philip Duncan.  “The two reliable Forecasters predict two slightly different tracks – literally only a couple hundred kilometres apart, but the difference in the impact to northern New Zealand will be vastly different with either model. 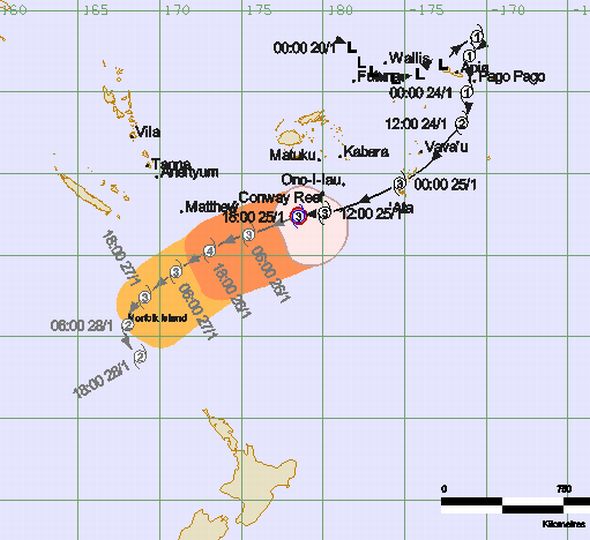 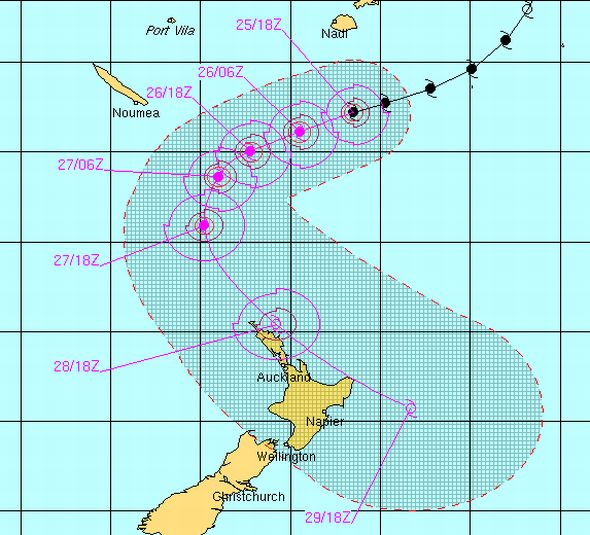 How bad is it likely to get for Whangarei? We are right in the firing line by the looks of things!

One to watch alright.
Especially if it tranitions to a deepening mid latitude depression quickly as it crosses the upper NI