Home > News > Tropical Cyclone struggles to form as to... 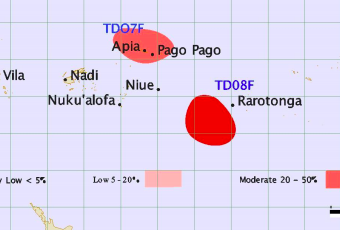 A cyclone that was forecast to develop between Samoa and the Cook Islands earlier this week is struggling to organise itself as another tropical low forms nearby.

It’s a case of “too many cooks spoil the broth” – but in this case rather than too many people it’s too many moving parts to the weather which is spreading the energy and not allowing the storm to form properly. “We have two lows, both had the potential of becoming cyclones and both are getting in the way of each other, ‘stealing’ energy from each other” says WeatherWatch.co.nz head forecaster Philip Duncan. “There’s a series of low pressure all drawing power from each other. While this reduces the energy in each individual low, and therefore lowers the chance of a tropical cyclone, it also spreads the energy much further afield meaning heavy tropical rain will be pulled down across Samoa and the Cook Islands for the rest of this week with thunderstorms covering a large area”.

The Fiji Met Service has gone from “low” risk of a cyclone forming to “high” risk back to “moderate” risk in the past five days.

JTWC (US Government) has gone from monitoring one high risk low, to two that could become cyclones, to today back to one area of concern. Both Fiji Met and JTWC this morning have “moderate” confidence of a tropical cyclone forming.

American modelling from GFS has so far again been more accurate than ECMWF with GFS accurately forecasting over the last weekend the two low pressure systems pulling energy away from each other. 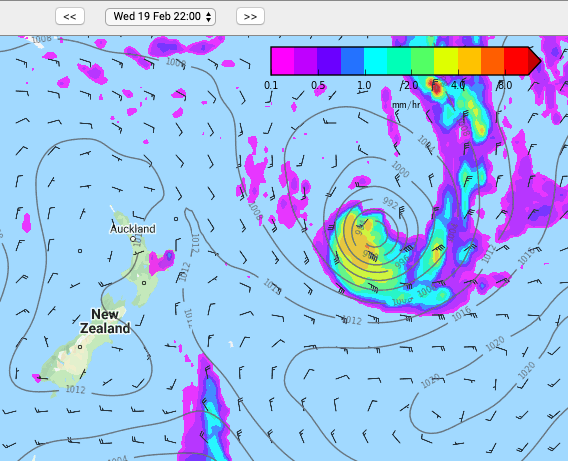 ABOVE: The first tropical low will be out to NZ’s east as early as tonight. It won’t impact NZ’s weather.
BELOW: Exactly 7 days from now here comes the follow up. Both tropical depressions are likely to miss NZ out to the east. 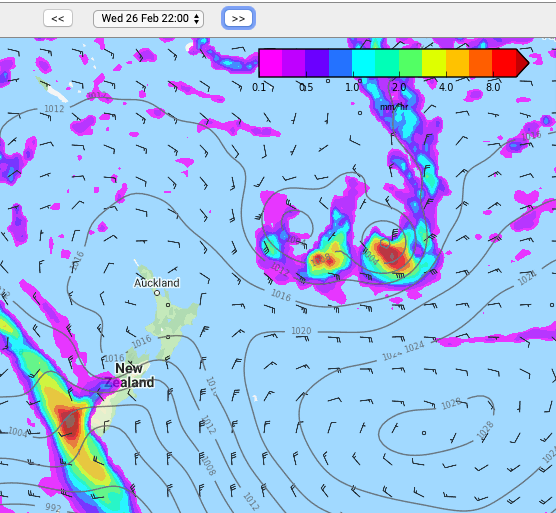 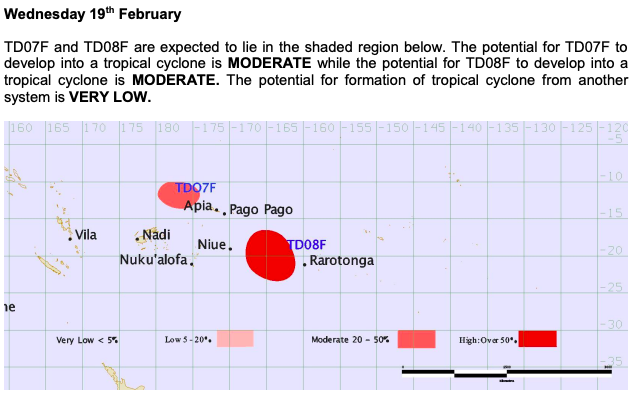 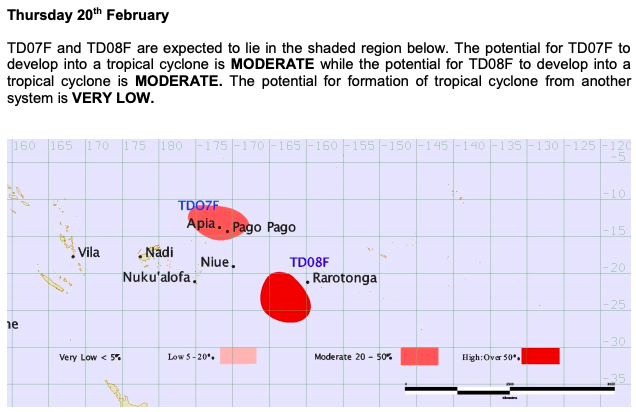 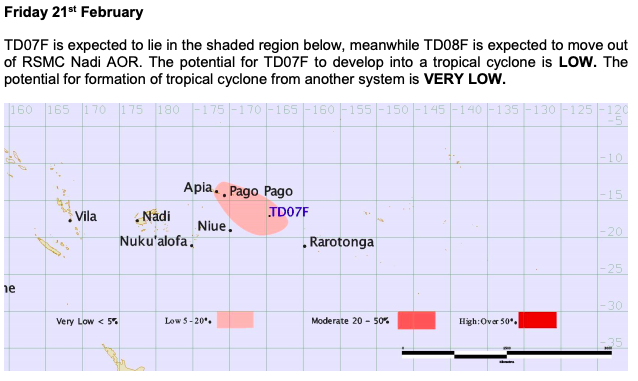 Good Morning WW,
You do this forecasting really well and make it interesting to read so many thanks from us people out there.

Hi there, thank you for that lovely message we really appreciate it! 🙂