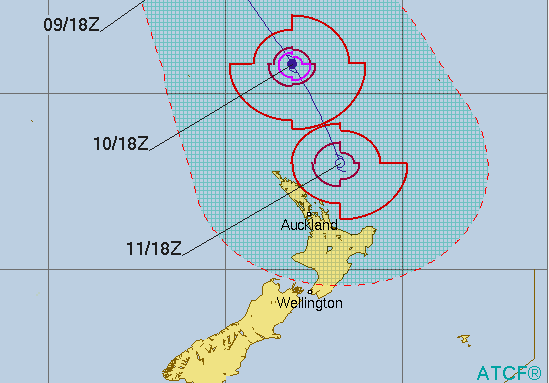 Cyclone Hola is intensifying faster than official forecasts with the storm jumping to Category 2 status Wednesday morning and more strengthening is expected.

Hola is currently lying over Vanuatu and the centre will pass very near to Port Vila today. It is moving slowly WSW today at 11m/h (6 knots). Central air pressure is estimated to be at 984hPa. The Vanuatu Met Service says winds close to the centre are estimated at 95km/h now.

On Thursday Hola will track westwards away from Vanuatu and north of New Caledonia, intensifying into a Category 3 cyclone (which classes it as “severe”) on Thursday or Friday during or after Hola starts to turn southwards. Today the Vanuatu Met Service agrees with WeatherWatch.co.nz, updating their tracking to also show Category 3 likely tomorrow.

Based on reliable modelling WeatherWatch.co.nz believes the storm may peak on Friday or early Saturday.

Computer modelling remains quite divided with Hola, more so than with Fehi or Gita, but both ECMWF out of Europe and GFS out of America show Hola turning south eastwards by the end of the week and across the weekend.

The majority of data WeatherWatch.co.nz trusts suggests Hola is going to lean eastwards as it tracks towards New Zealand this weekend. We won’t know if Hola might impact New Zealand until the end of this week. 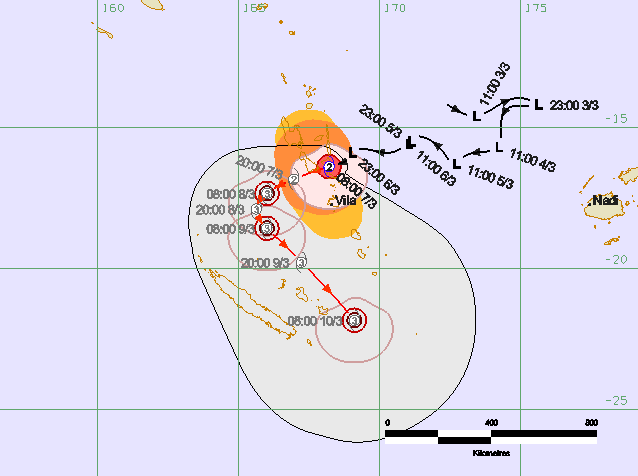 – Tracking of Cyclone Hola by the Vanuatu Met Service 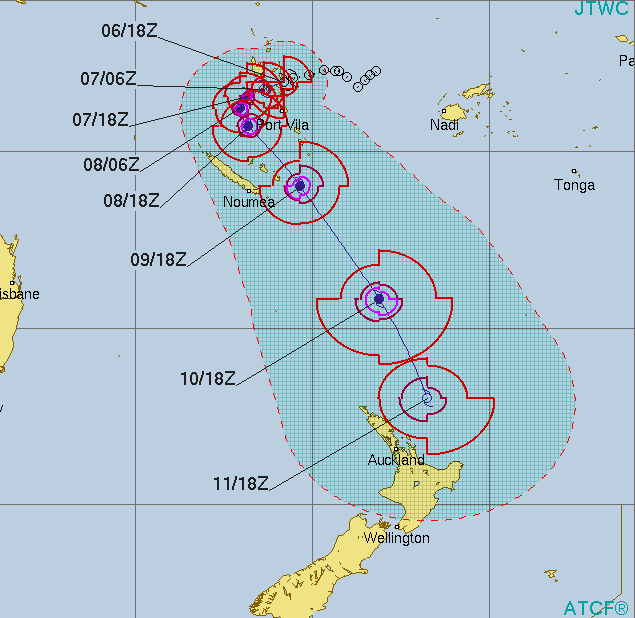 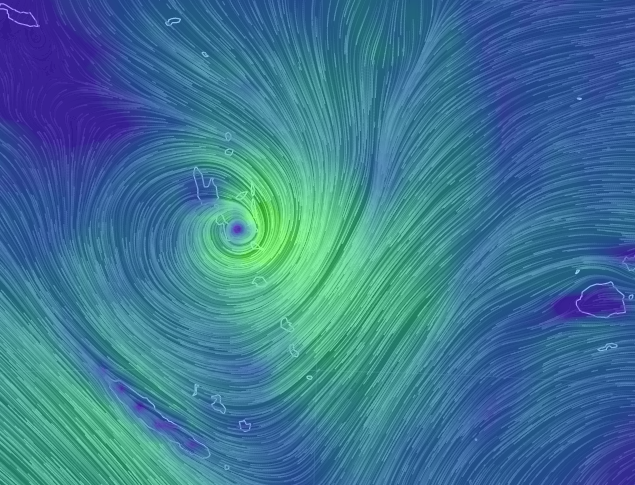