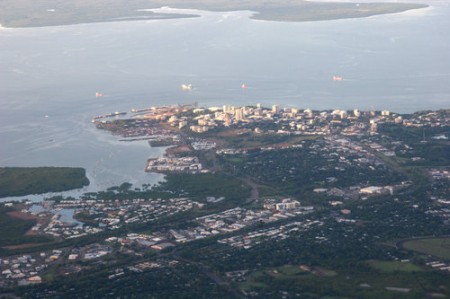 Northern Australia has been heating up significantly during the past few days, and the humidity is adding to the oppressiveness.

Anywhere within about 50 kilometres of the north coast is feeling it the most. The temperature in the Gulf Country has reached the high 30s, only a few degrees above average, but the humidity has also been rising, so the ‘feels-like’ temperature has been soaring.

On Thursday afternoon, both Kowanyama and Borroloola had reached 38 degrees but factoring in the humidity the ‘feels-like’ temperature was 42 degrees, high enough for heat cramps, exhaustion and heat stroke.

Rising heat and humidity is typical at this time of year and is termed the ‘build-up’. Build-up for many people is a difficult time of year, because thunderstorms are not yet occurring frequently enough to bring cooling relief.

Less affected by the humid sea breeze was Normanton, so despite it being hotter than Borroloola and Kowanyama, it actually felt cooler because the air was drier. Normanton’s 1pm temperature of 42 degrees felt more like 40 degrees. Regardless, this is Normanton’s hottest day in seven years.

There will be some cooling relief in the next few days with a storm or two.