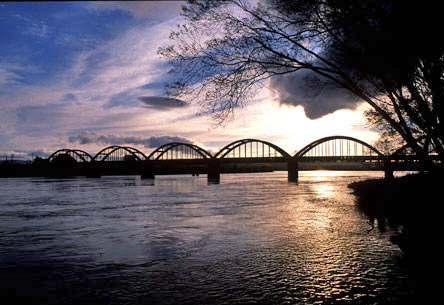 1897 Nelson endured three days of heavy rain and northerlies were near gale force for much of the time leaving flooded areas on the outskirts of the town and some trees were uprooted.

1910 Whakatane had two heavy frosts in the area and fog also added to the freezing conditions.Temperatures closed in on near record lows

1924 Balcutha saw parts of the mighty river burst its banks for a brief period of time. Some light flooding occurred in the town and was followed by a day of snow, adding to the misery.

1941 Sunny skies and hard frosts lasted more than a week in Palmerston North as a large anticyclone hung over the lower half of the North island. Daytime highs were near average however overnight lows were well below par.

1957 Mild temperatures saw Cantabrains heading to rivers and beaches as temperatures climbed into the low 20s as northerlies and sunshine delivered more Springlike than Winter temperatures.

1972 Kaikohe saw misty rain cling on for five days and although it was fairly noneventful, locals were frustrated by the inclement wintry conditions.

1989 Kaikoura saw a settled spell of three weeks as a ridge of high pressure remained very slow moving east of the country.temperatures warmed up considerably as northerlies ahead of an incoming frontal system delivered balmy temperatures.

2006 A severe snowstorm unexpectedly hit the Canterbury region with heavy snow across much of the province causing power outages which lasted for weeks in some inland areas.Ashburton saw its heaviest fall on record.

Image of a more serene Clutha River, Balcutha by T.Morris