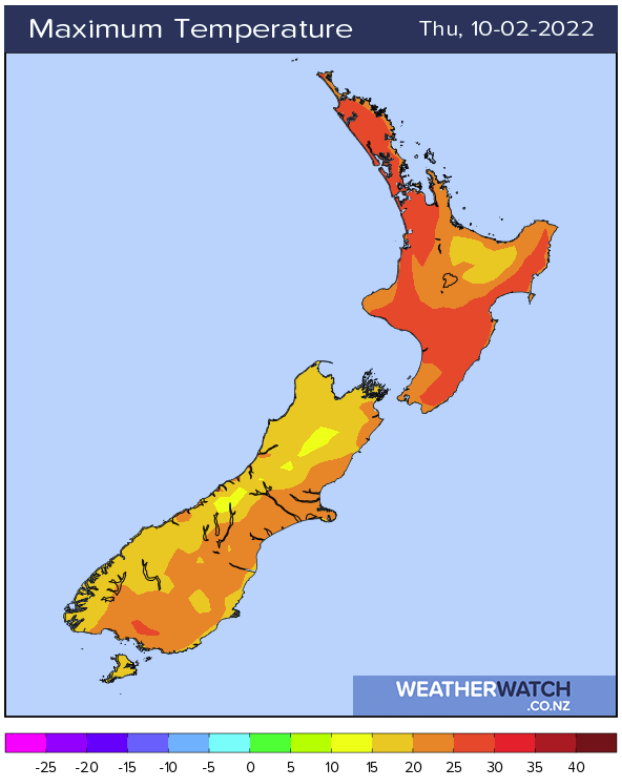 Heavy rain about northwestern parts of the South Island eases this morning to showers, any remaining showers clear this evening. Rain about Canterbury may be heavy first thing as well before easing and clearing away.

RAIN DUE FOR THE NORTH ISLAND END OF THE WEEK

What will likely be an ex tropical cyclone (low) descending into the Tasman Sea this weekend will bring rain thanks to a stationary front lying across the lower North Island and joining up into the low. While many regions see areas of rain or showers the lower North Island and upper South Island in particular will be the focus for the heaviest rain from Friday evening through till Sunday. The West Coast of the South Island may be the driest spot for this low apart from Buller. Keep up to date with the latest rain maps by clicking here.