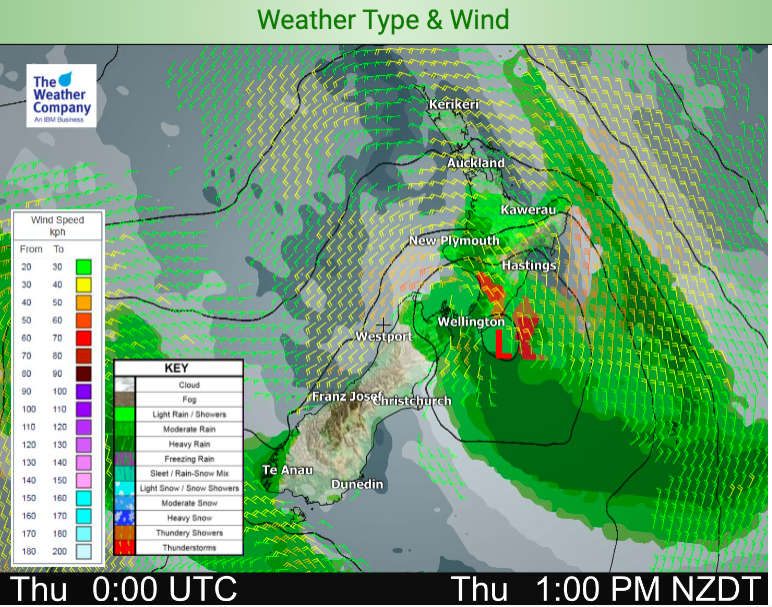 A weak low will cross and clear the North Island today bringing a burst of rain and showers, then sunny spells increasing.

In the South Island it’s the other way around with clouds increasing and a small area of low pressure, or a trough, forming over the lower South Island bringing rain in tonight.

Wellington has another cloudy day but winds will be variable with a dry end to the day.

Eastern North Island
Cloud thickening and a few showers or spits of rain for a time – but low very low accumulations for most. More rain in Wairarapa. Humid warm north to north west winds for most.
Highs: 20-29

Canterbury
Cooler in the mountains to start with but mild day for most with varying winds, more southerly in coastal areas.
Highs: 19 – 25

West Coast
Mostly cloudy with the chance of a drizzle patch, otherwise dry. Rain towards Fiordland later. Sou’westers.
Highs: 18 to 21

Southland & Otago
Fairly cloudy and cool in coastal areas with the chance of a shower, especially later with rain possible overnight. A mix of sun and cloud elsewhere and warmest through Central Otago.
Highs: 15-24