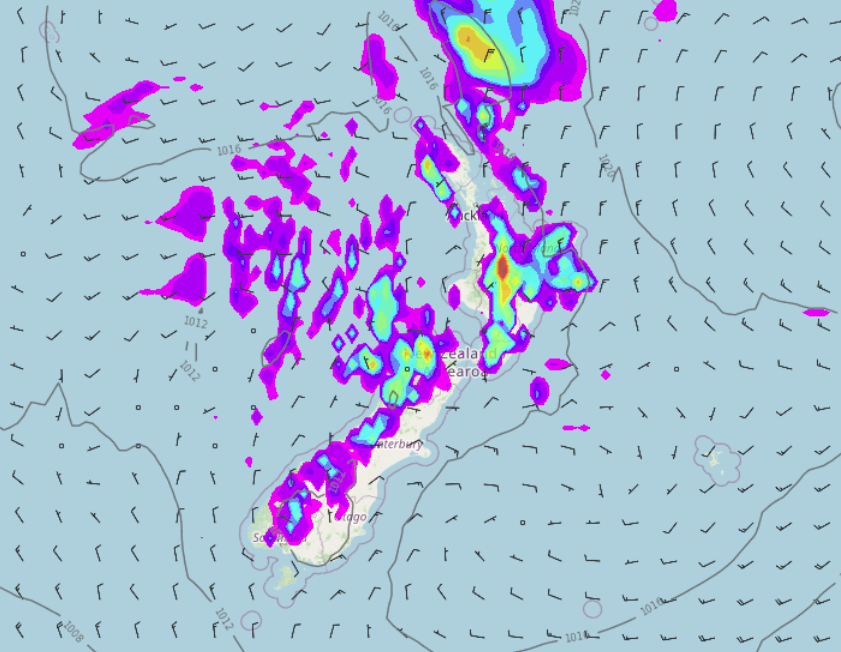 New Zealand is under a slack pressure gradient again today, stuck between a high out to our east and a weak broad low in the Tasman Sea. The North Island sees rain or showers, some South Island areas see showers too with rain in the west later north of Haast.

Northland, Auckland, Waikato & Bay Of Plenty
Mostly cloudy, risk of a shower. Showers more likely from afternoon where thunder is possible south of Auckland then easing in the evening. Light northerlies.
Highs: 19-21

Eastern North Island
Mostly cloudy with showers or perhaps some rain, more so from this afternoon. Light east to northeasterly winds.
Highs: 18-22