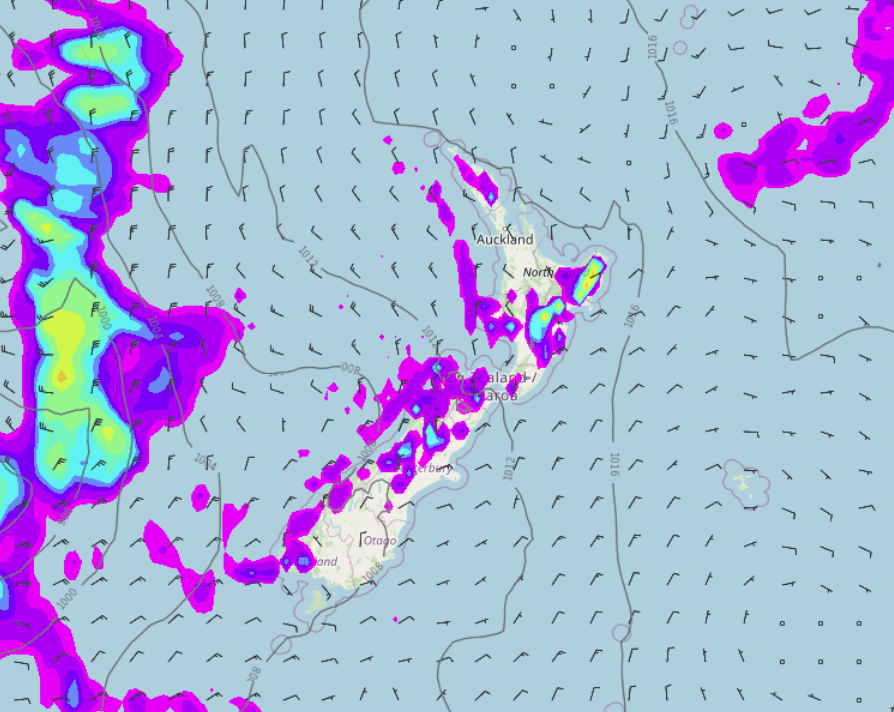 A weak front pushes into the western side of New Zealand today bringing a few showers, the odd isolated shower this afternoon about some eastern ranges too.

Northland, Auckland, Waikato & Bay Of Plenty
A chance of early fog then a mix of sun and cloud, chance of a spit or shower later in the day otherwise mainly dry. Light north to northwesterly winds.
Highs: 21-24

Wellington
Mostly sunny, some cloud at times especially afternoon onwards. Chance of a spit or shower in the evening. North to northwesterly winds.
Highs: 19-23

Marlborough & Nelson
A mix of sun and cloud, chance of a spit or shower from afternoon. North to northwesterly winds.
Highs: 18-22

Canterbury
A mostly cloudy morning then afternoon sunny spells, cloud moves in again in the evening. Chance of a shower in the afternoon for inland areas otherwise mainly dry. Light winds then east to northeast breezes.
Highs: 18-25