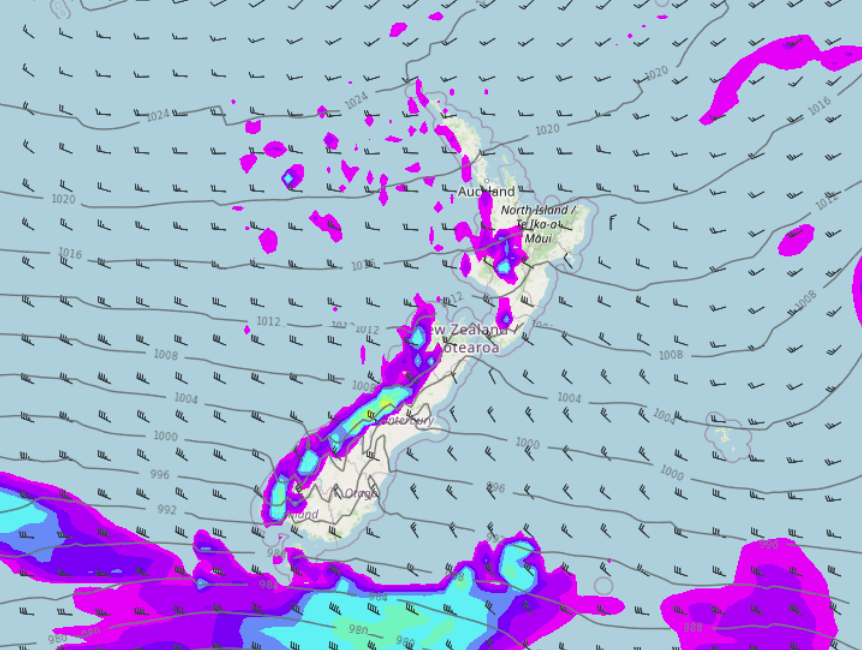 A strong westerly quarter airflow lies over New Zealand today, gales are likely through Cook Strait and in the east especially inland, there may be severe gales for the eastern South Island later today and overnight.

Northland, Auckland, Waikato & Bay Of Plenty
Cloudy areas and occasional sun, the odd shower at times too with breezy westerlies. The Bay Of Plenty has longer sunny areas, perhaps a shower spreading from the west for a time in the afternoon.
Highs: 14-17

Western North Island (including Central North Island)
Cloudy areas and a few showers, brisk to strong west to northwesterly winds. Winds may gust to gale force near the coast especially later in the day and overnight.
Highs: 9-15

Southland & Otago
Showers or areas of rain, mainly south of about Otago Peninsula then clearing away this afternoon. This evening rain spreads in again from the south, possibly heavy. Strong to gale northwesterly winds, gales more likely from afternoon especially about North Otago.
Highs: 13-18