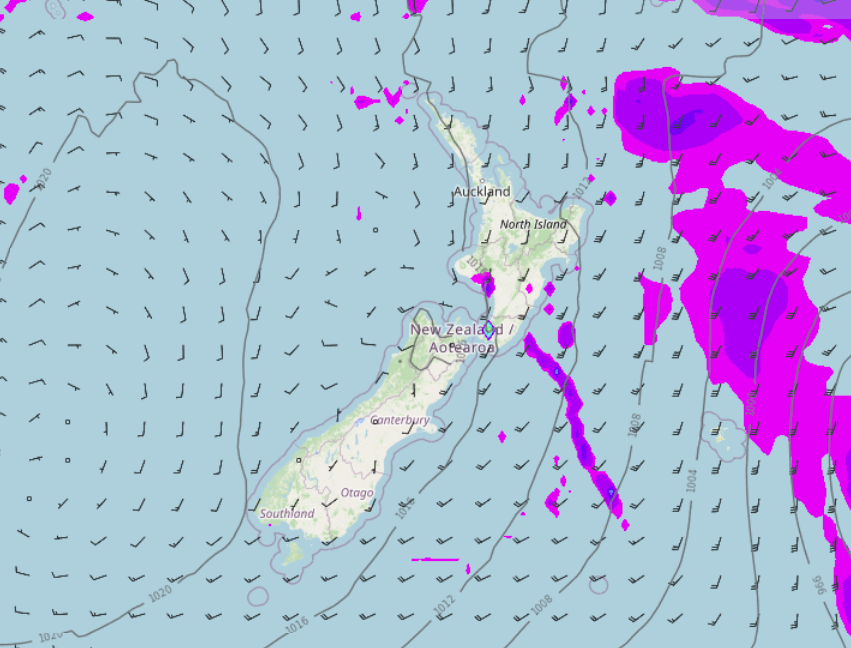 A southwest airflow over the country eases today as high pressure starts nudging in from the Tasman Sea. Some eastern regions may see a few showers especially the eastern North Island, sunny in the west.

Wellington
Mostly cloudy with a few showers, thinning out in the afternoon and any remaining showers clear evening. Gusty southerlies gradually ease.
Highs: 11-13

Marlborough & Nelson
Mostly sunny, cloud thickens in the evening bringing the chance of a light shower especially for Marlborough. Light winds tend easterly in the afternoon for Marlborough, afternoon northerlies for Nelson.
Highs: 13-15

Canterbury
Areas of cloud and occasional sun, a shower or two near the coast especially about Banks Peninsula. Southwesterly winds.
Highs: 12-14

Southland & Otago
Cloudy areas and a shower or two for Southland and coastal Otago, sunny spells break through at times from afternoon. Southwesterly winds. Central Otago has a mix of sun and cloud, light winds tend southwesterly around midday.
Highs: 11-13