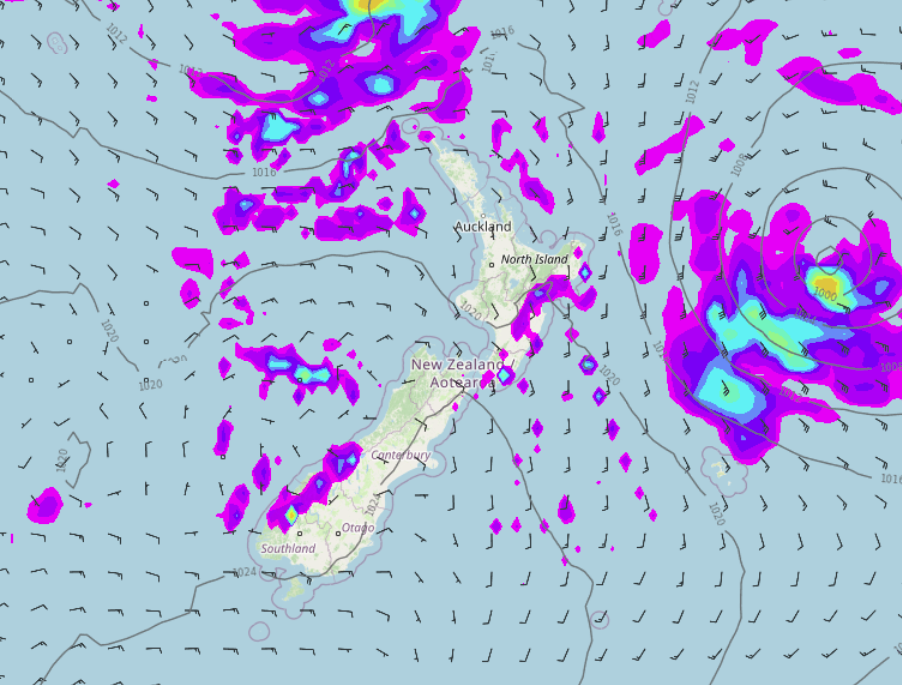 A south to southeasterly airflow continues over New Zealand today, high pressure is starting to push in over the South Island meaning the weather is slightly more settled however eastern regions still experience quite a bit of cloud. The eastern North Island continues to have showers, sunnier out west.

Northland, Auckland, Waikato & Bay Of Plenty
Mainly sunny with southeasterly winds in the morning then light winds in the afternoon, easterlies from evening may bring some cloud out east with the risk of a shower.
Highs: 21-24

Wellington
Mostly cloudy, the odd shower, clearing evening at which point there may be a few sunny spells before dusk. Breezy southeasterly winds.
Highs: 15-16

Canterbury
Mostly cloudy with a few light showers then sunny spells breaks through in the afternoon, cloud may move back in again in the evening. The Mackenzie Country should see mostly sunny weather in the afternoon after morning fog, warmer afternoon temperatures than nearer the coast but a chilly start. Easterly winds.
Highs: 15-17

West Coast
Mostly sunny, some cloud builds a little for South Westland and Buller from afternoon then bringing an isolated shower or two. Light winds tend onshore after midday.
Highs: 20-21

Southland & Otago
A mix of sun and cloud for Southland, morning low cloud or fog inland then mostly sunny. Coastal Otago is quite cloudy but hopefully some sun breaks through in the afternoon. Easterly winds.
Highs: 14-19