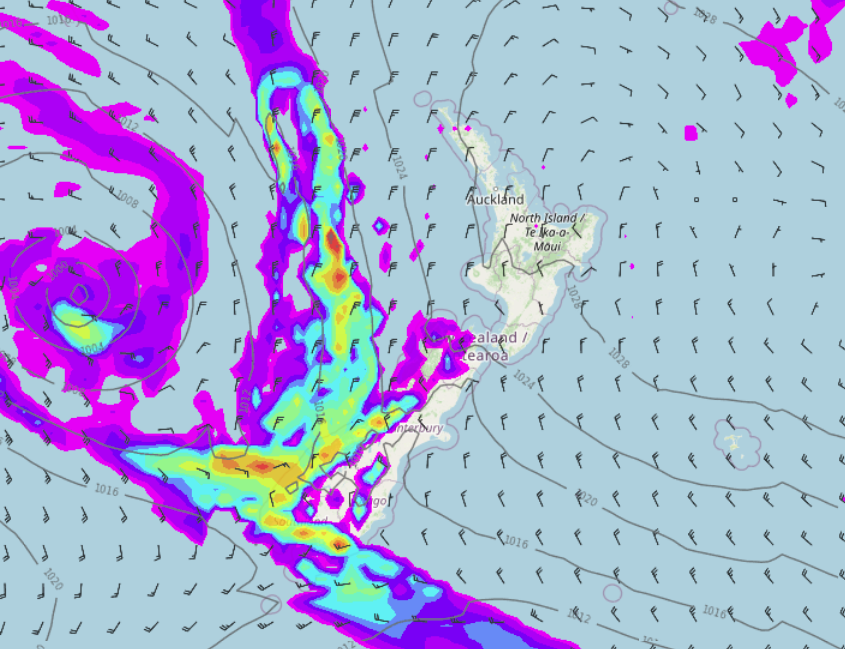 A northerly airflow lies over the South Island today with a front approaching from the west in the Tasman Sea meanwhile the North Island is under a ridge of high pressure.

Northland, Auckland, Waikato & Bay Of Plenty
A cold start for the Waikato and inland BOP. A mix of sun and cloud otherwise during the day with north to northeasterly winds, high cloud starts to move in from the west late afternoon onwards. Overnight showers push in from the west.
Highs: 16-17

Western North Island (including Central North Island)
Mostly sunny however Taranaki and Kapiti has some cloud with a shower or two, north to northwesterly winds. Cloud thickens from late afternoon then overnight expect widespread showers.
Highs: 12-17

Wellington
Mostly cloudy, may be a light shower or two especially in the north. Rain moves in overnight. North to northwesterly winds, strong through Cook Strait.
Highs: 14-15

West Coast
A few showers, rain pushes in from the west late afternoon or evening as northeasterlies tend to the north. Rain may be heavy, easing about South Westland at night.
Highs: 13-15

Southland & Otago
Dry with high cloud, rain develops in the afternoon for Southland then a few showers spreading up into coastal Otago as northerlies change to the south. Rain eases or possibly clearing overnight.
Highs: 13-16