Thursday’s national forecast – Showers in the west, dry in the east 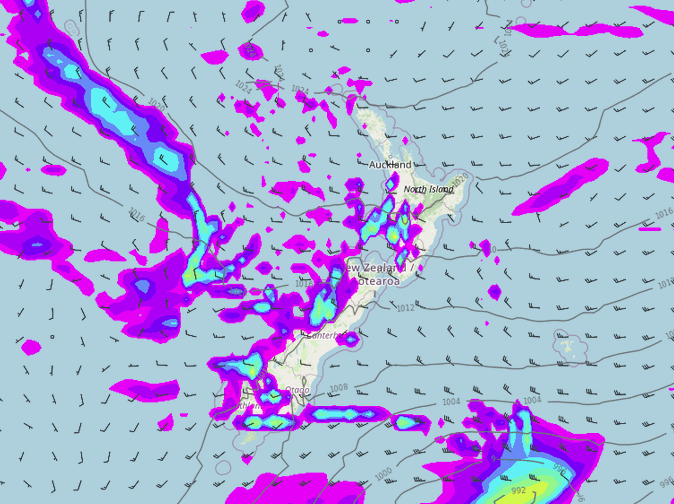 A westerly airflow lies over New Zealand today bringing showers in the west, drier weather with some sun in the east. A front moves onto the far south this afternoon then pushes northwards over the South Island this evening.

Northland, Auckland, Waikato & Bay Of Plenty
Cloudy areas and the odd shower, more so in the west, sunny spells now and then too. Bay Of Plenty should have a mainly dry day. Westerly winds.
Highs: 15-17

Marlborough & Nelson
Mostly sunny with some cloud at times for Marlborough, Nelson has a mix of sun and cloud. West to northwesterly winds change to the south overnight.
Highs: 14-17

Southland & Otago
Showers for Southland, perhaps some rain for a time in the afternoon as westerlies tend more southwest. Showers clearing at night. Otago has a dry morning with some sun, showers mid to late afternoon then clearing overnight.
Highs: 9-12