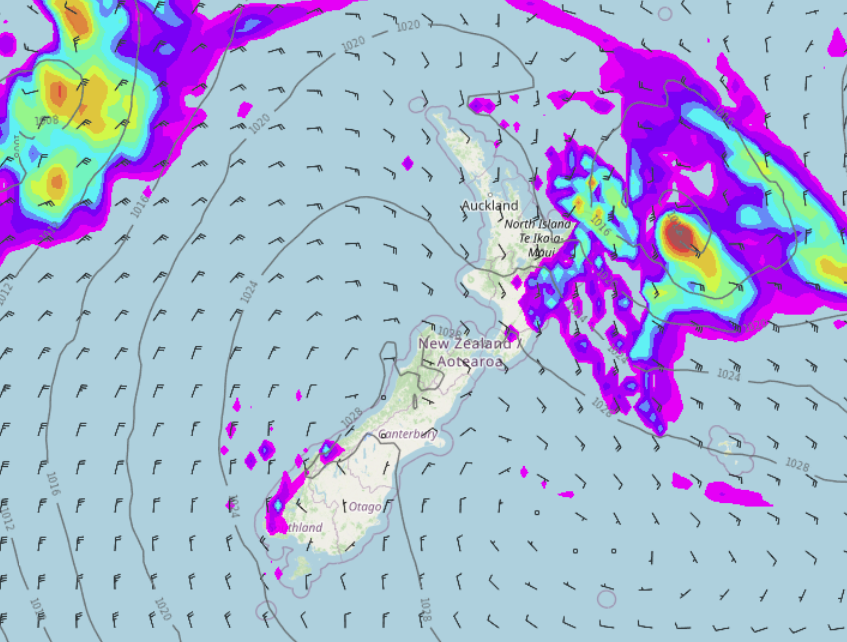 A ridge of high pressure brings mainly settled and frosty weather to the South Island today, southeasterlies further north mean showers in the east and clearing showers out west.

Canterbury
Sunny after any early coastal cloud clears, a frosty start especially inland. Northeasterlies freshening in the afternoon, more so near the coast.
Highs: 10-12

West Coast
Sunny with southeasterlies dying out in the morning. Fiordland has some cloud, mainly near the coast bringing the risk of a light shower or two.
Highs: 13-14