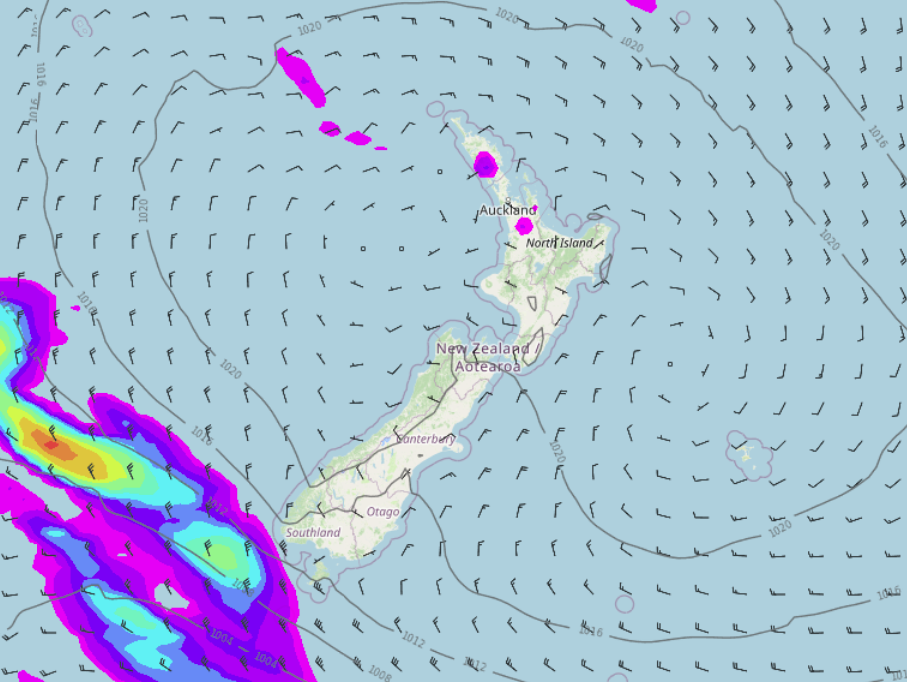 Mainly settled around New Zealand today thanks to a large high pressure system, the upper North Island may see the odd spit or drizzle patch, Fiordland may too especially later today.

Eastern North Island
Mostly sunny, some high cloud. East to northeasterly winds for most, lighter winds for inland areas especially Wairarapa with warmer temperatures then near the coast.
Highs: 19-26

Wellington
Mostly sunny with some high cloud, northerlies freshen up in the afternoon.
Highs: 19-22

Southland & Otago
Sunny areas and some high cloud, west to northwesterly winds for Southland and about inland areas with warm temperatures. Northeasterlies for coastal Otago and a little cooler.
Highs: 18-25