Thursday’s national forecast – Settled in the north and south, a little rain in the middle (+6 maps) 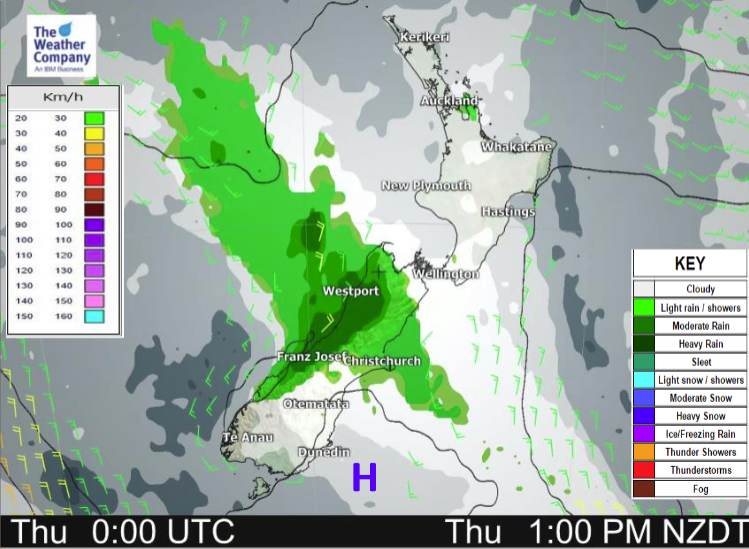 A front lies across the upper South Island today, high pressure either side.

Some rain or shower activity for the upper South Island today, there’s the low risk of a shower or two for some North Island regions too.

Temperatures in the late teens or early twenties for the South Island today, early to mid twenties for most of the North Island.

Northland, Auckland, Waikato & Bay Of Plenty
Cloudy areas and occasional sun, risk of a light shower or two also, out east in the morning then elsewhere in the afternoon. East to northeasterly winds.
Highs: 24-26

Eastern North Island
Sunny areas and some high cloud, afternoon mid level cloud and the risk of a shower moves into Wairarapa as light winds change to the south. Some cloud further north in the evening.
Highs: 23-24

Wellington
Cloudy, the odd spit or shower. Northerlies change to the south by midday.
High: 19-23

Canterbury
Mostly cloudy, the odd shower or drizzle patch. Starting to clear away from coastal areas in the afternoon then inland in the evening. Southerlies tend east to northeast later in the day.
Highs: 17-20