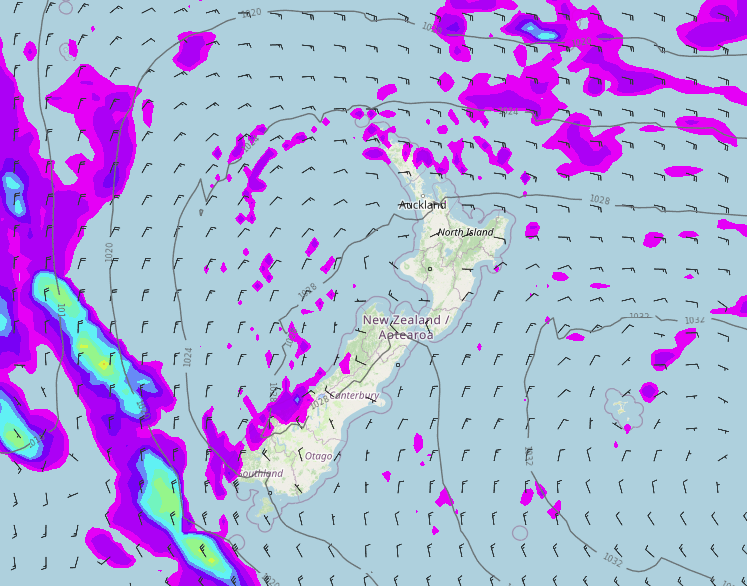 A ridge of high pressure brings similar weather today as what we had yesterday.

Wellington
A mix of sun and cloud, northerly winds.
Highs: 18-20

Marlborough & Nelson
Mostly sunny with any morning cloud or fog breaking away, light winds tend north to northwest in the afternoon.
Highs: 19-22

Canterbury
Low cloud or fog on the plains then afternoon sun, low cloud may hang about the coast in some spots then thickening again at night. Mostly sunny elsewhere (mainly inland) from morning. Light winds tend east to northeast after midday.
Highs: 18-21

Southland & Otago
Mostly sunny with some high cloud, there could be some morning low cloud or fog for coastal Otago then breaking away. Light winds.
Highs: 19-20