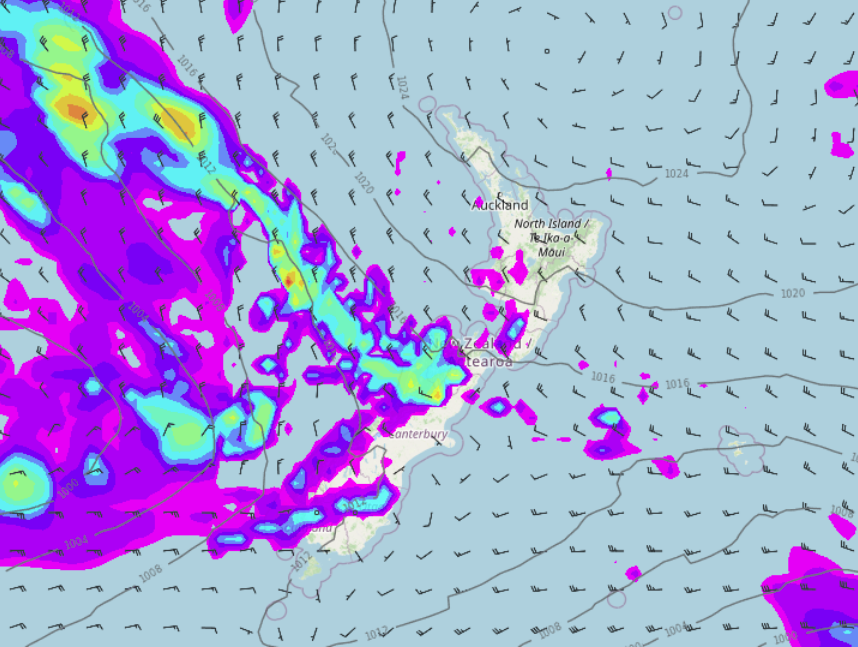 A decaying front passes out to the east of the South Island today meanwhile a northwesterly airflow lies over the North Island.

The eastern North Island has a cracker of a day with temperatures getting into the high teens.

Eastern North Island
Mostly sunny, there may be a touch of high cloud, mainly later in the day. Warm northwesterly winds.
Highs: 16-18

Wellington
Mostly cloudy, spits of rain about Upper Hutt spreading elsewhere by midday. Gusty northwesterly winds may ease for a time in the evening.
High: 14-15

Canterbury
Southerlies push through in the morning bringing mostly cloudy skies, winds tend to the northeast in the afternoon then expect scattered rain or spits in the evening.
Highs: 9-12

Southland & Otago
Morning showers or rain clears, some sun may break through otherwise mostly cloudy. Later in the evening or overnight scattered rain moves back in. Southwesterlies tend to the east later in the day.
Highs: 7-9