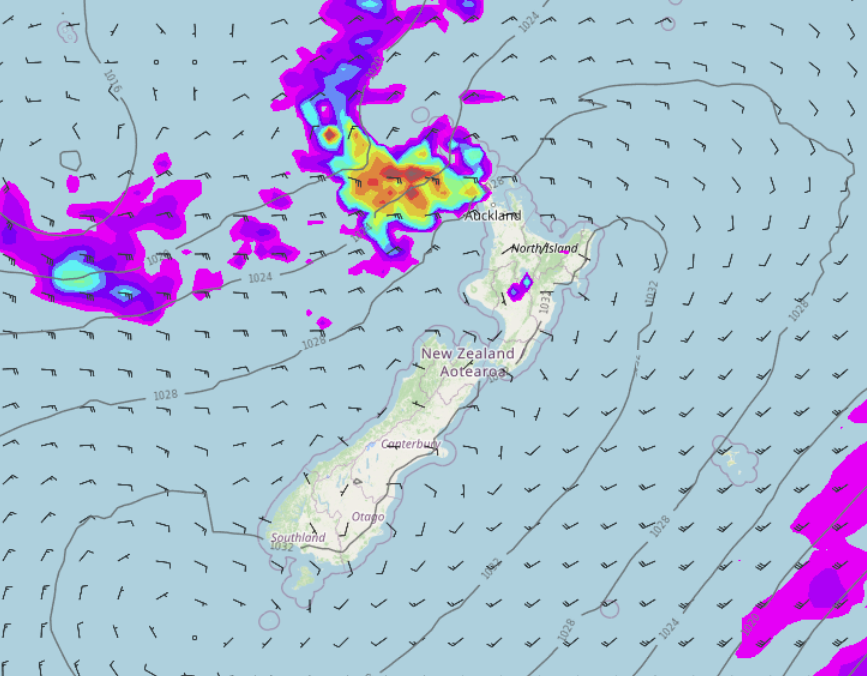 A high pressure system lying over New Zealand today brings settled weather for most however easterlies for Auckland and Northland bring either rain or showers.

Western North Island (including Central North Island)
Mostly cloudy, sun may break through in the afternoon nearer the coast. A spit or shower possible too mainly afternoon. Light winds.
Highs: 14-19

Eastern North Island
A mostly cloudy day, sun may break through briefly in the afternoon. A chance of drizzle morning and night. Easterly winds.
Highs: 16-18

Wellington
A mix of sun and cloud with southeasterly winds.
Highs: 16-20

West Coast
Mostly sunny weather, there may be a touch of high cloud. Southeasterlies die out in the morning.
Highs: 17-20

Southland & Otago
Some morning cloud then afternoon sun for Southland and the Catlins, north of Otago Peninsula cloud hangs around after midday. Central Otago has a mostly sunny day after a cold start, some cloud at times. Light winds tend to the south by midday.
Highs: 12-17