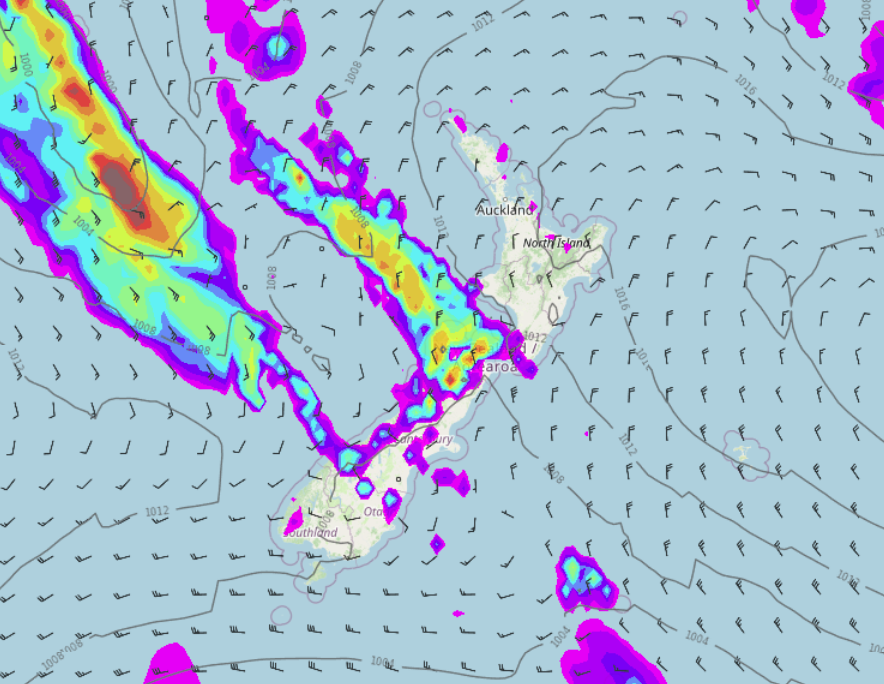 A series of front lies over the South Island today with northerlies for the upper half and southerlies covering the southern half. The North Island has a ridge of high pressure and northerlies.

Northland, Auckland, Waikato & Bay Of Plenty
A mix of sun and cloud, light showers at times in areas exposed to the east from Bay Of Plenty up through to eastern Northland. Breezy humid northeasterly winds.
Highs: 25-29

Eastern North Island
Mostly sunny and hot with a touch of high cloud, north to northeasterly winds. Some mid level cloud at times for Wairarapa spilling over from the west.
Highs: 28-31

Southland & Otago
Showers ease then clear around midday for Southland, mostly cloudy but some sun may break through in the afternoon. Breezy west to southwesterly winds. Otago has patchy rain or showers all day with southerlies.
Highs: 16-23