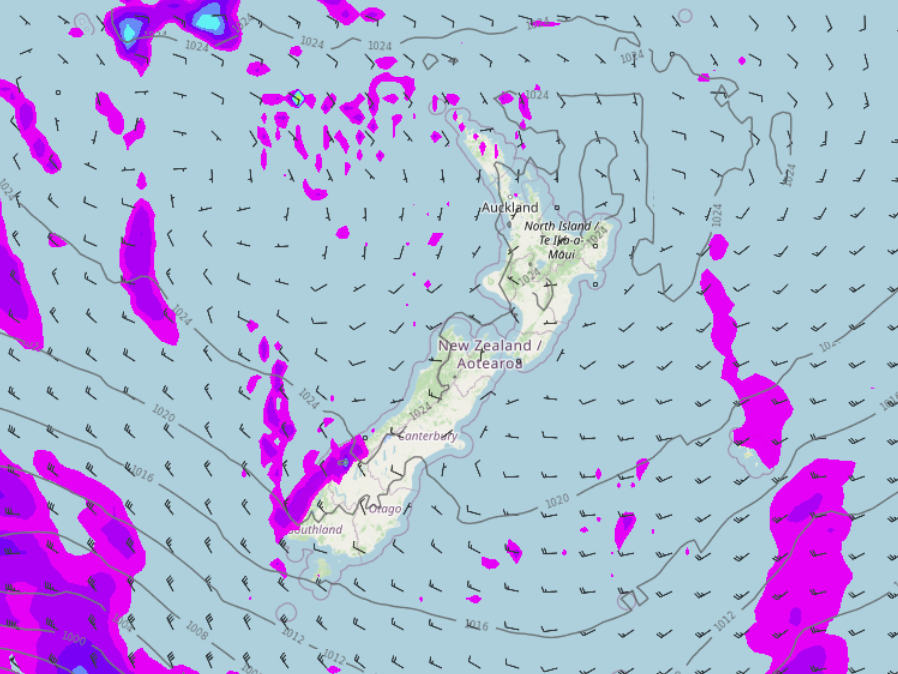 Mainly settled around New Zealand today thanks to a high pressure system plonked over the country.

Some western regions may see a shower or two, it’s mainly dry elsewhere. Winds are light to moderate for most.

Northland, Auckland, Waikato & Bay Of Plenty
Cloudy areas and the odd shower, southwesterly winds. Bay Of Plenty especially in the east is drier and with more frequent areas of sun, lighter winds too.
Highs: 18-20

Marlborough & Nelson
Sunny, light winds tend to the north in the afternoon for Marlborough. West to southwesterly winds for Nelson.
Highs: 16-18