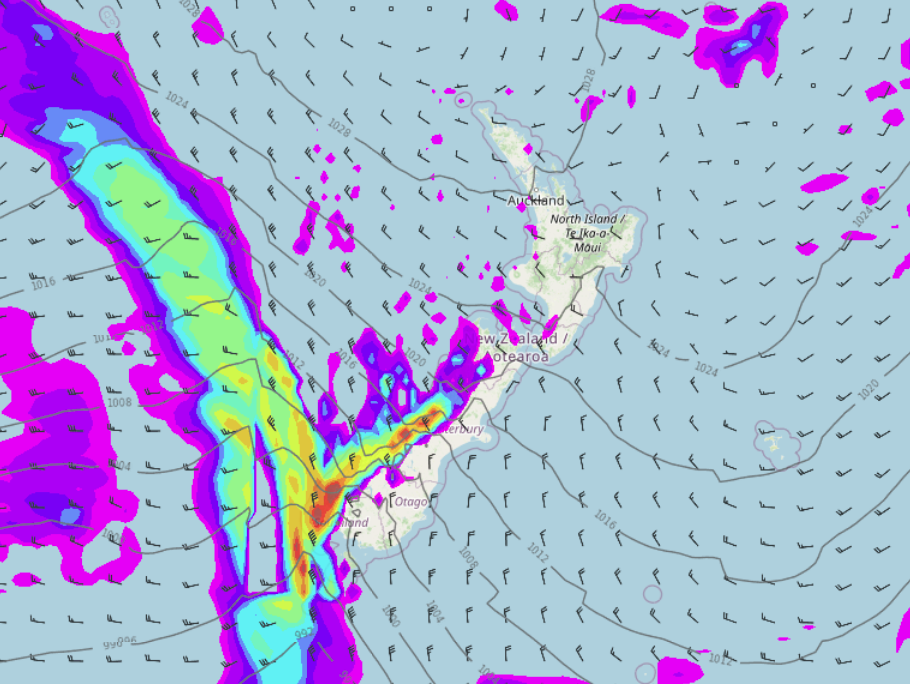 A northwesterly airflow builds over New Zealand today ahead of a front, this front moves into the lower South Island this evening then northwards overnight ready for the North Island’s turn on Friday morning.

Northland, Auckland, Waikato & Bay Of Plenty
Partly cloudy, high cloud increases later in the day. Later in the day the odd light shower starts to develop in the west. Southwesterlies tend to the northwest in the afternoon.
Highs: 15-17

Western North Island (including Central North Island)
A mix of sun and mid level cloud, high cloud increases from afternoon. A spit or shower possible then becoming a little more widespread later in the day. Northwesterlies freshen later in the day or overnight.
Highs: 11-15

Wellington
Becoming mostly cloudy in the morning, a spit or shower possible from afternoon mainly in the north. Northwesterlies freshen becoming strong overnight with a risk of gales.
Highs: 14-15

Southland & Otago
High cloud with increasing north to northwesterly winds, rain about the lakes district. During the evening a southwest change pushes in bringing widespread rain, easing back to showers around midnight. Overnight a few isolated heavy showers may move in with a chance of hail about coastal areas.
Highs: 15-17