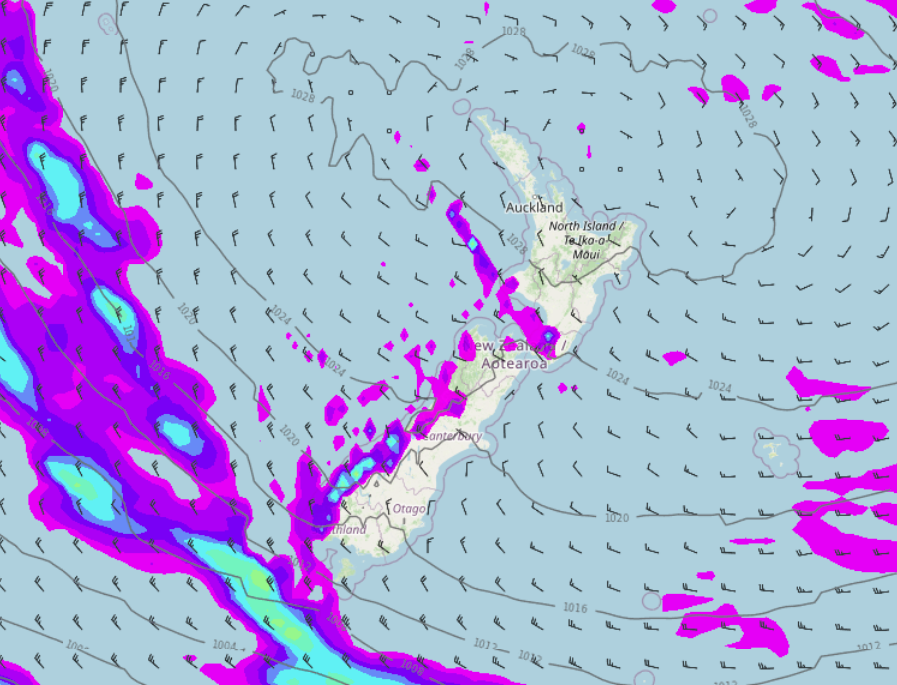 A northwesterly airflow starts to build over New Zealand today, a few showers for western regions and some rain moves into Fiordland this evening. Dry out east.

Western North Island (including Central North Island)
Cloudy or becoming cloudy in the morning, a light shower or drizzle patch developing about Kapiti in the morning then spreading elsewhere in the evening. Northwesterly winds.
Highs: 9-15

Marlborough & Nelson
High cloud, some sun may break through at times especially later in the day. West to northwesterly winds.
Highs: 13-15

Canterbury
High cloud, some sun may break through for a time later in the afternoon. Northwesterlies, perhaps tending northeast near the coast.
Highs: 10-14