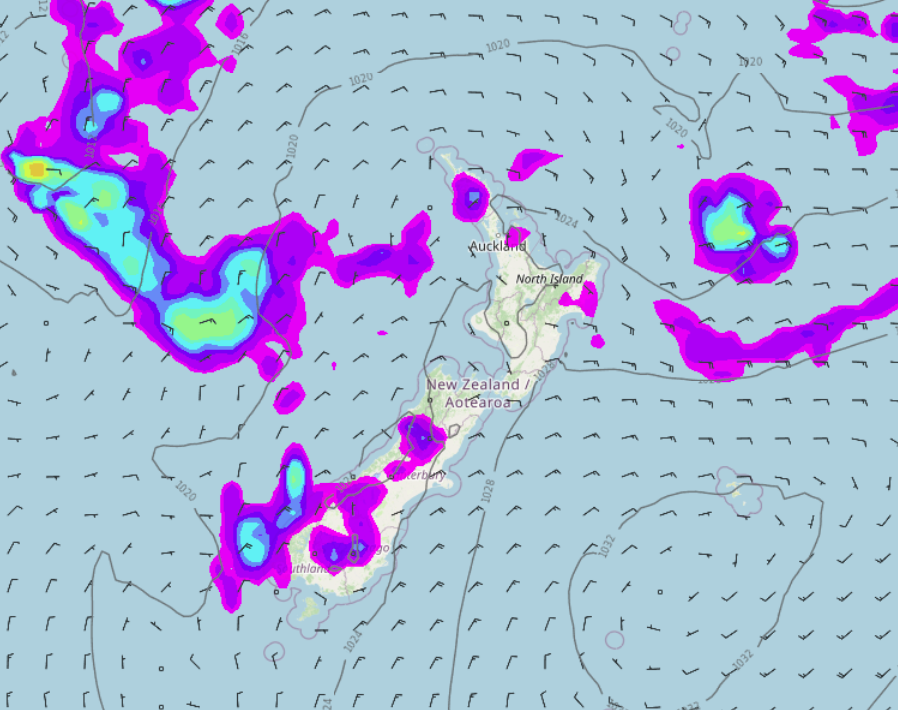 A northeasterly airflow lies over New Zealand today spinning out of a large high to the east, the odd shower about especially some inland areas late afternoon / evening.

Northland, Auckland, Waikato & Bay Of Plenty
A mix of mid and high level cloud, chance of an isolated shower in the afternoon and evening. East to northeasterly winds.
Highs: 22-25

Eastern North Island
Mostly cloudy although sun may break through from afternoon, showers for Hawkes Bay and Gisborne clear in the afternoon. Easterly winds.
Highs: 19-22

Wellington
A mix of sun and cloud with light easterly quarter winds.
Highs: 22-24

West Coast
Morning cloud breaks to some sun and high cloud, showers develop in the afternoon with the chance of an isolated heavy fall in the ranges then easing later on. Northerly winds.
Highs: 21-26

Southland & Otago
Some morning cloud then sunny areas develop; high cloud develops from afternoon. Showers late afternoon or evening for inland areas and Southland, perhaps even a thunderstorm for some inland areas, clearing overnight. Light winds for most, breezy east to northeasterlies for coastal Otago.
Highs: 21-26