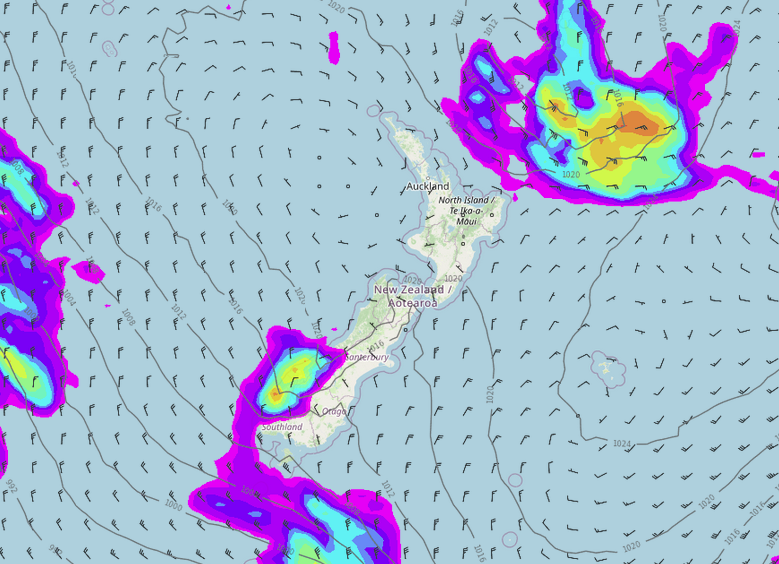 An anticyclone brings mainly settled weather today, some heavy rain for Fiordland though.

Northland, Auckland, Waikato & Bay Of Plenty
Mostly sunny after any morning fog clears, there may be a few clouds. Light winds.
Highs: 16-18

Wellington
A mix of sun and cloud with gusty north to northwesterly winds.
High: 14-15

Marlborough & Nelson
Sunny, there may be a touch of high cloud. North to northwesterly winds.
Highs: 15-17

West Coast
Mostly cloudy, showers turn to rain this morning for Fiordland then becoming heavy, easing back to showers in the evening. A few showers may reach as far north as Greymouth from afternoon. Buller has a mix of sun and cloud. North to northeasterly winds.
Highs: 13-14

Southland & Otago
Sun and some high cloud, could be a spot of rain around midday (mainly in the west) otherwise dry. Northerly winds.
Highs: 13-16