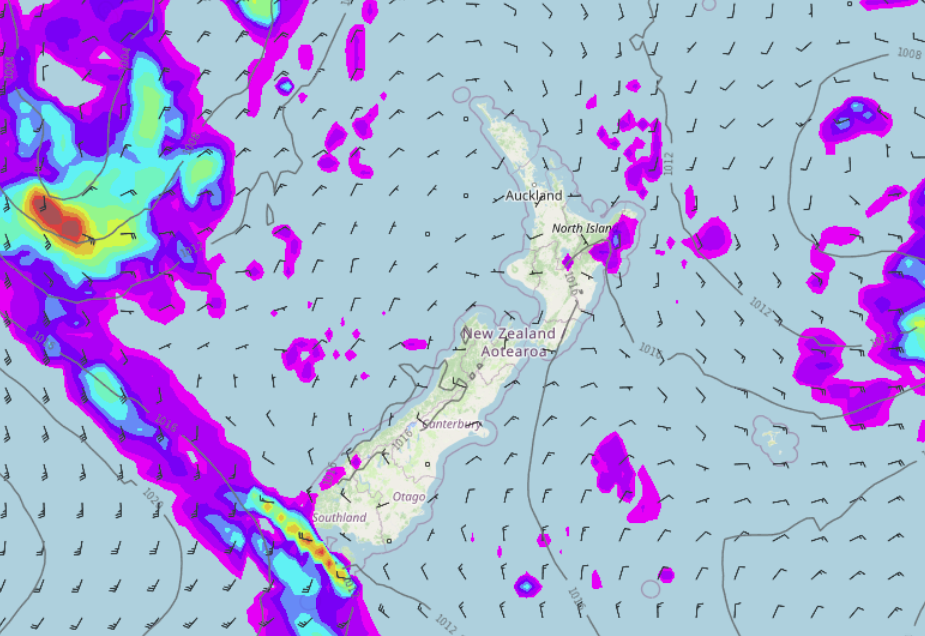 New Zealand is mainly settled today thanks to some high pressure, a front does move onto the lower South Island later this afternoon or evening however bringing showers.

Northland, Auckland, Waikato & Bay Of Plenty
Mostly sunny with a touch of high cloud pushing in from the west during the day, some low cloud or fog morning and night especially about Waikato and Northland. Light winds tend onshore in the afternoon.
Highs: 24-26

Eastern North Island
Mostly cloudy then sunny spells break through from afternoon, a few showers about northern Hawkes Bay and Gisborne clear from the south during the day. Light southerlies gradually tend to the east or northeast.
Highs: 22-24

Wellington
Mostly sunny with any early cloud clearing, winds tend to the north in the afternoon.
Highs: 20-25

Southland & Otago
Morning low cloud or fog then breaking to some sun and high cloud, southwesterlies (gusty about the coast) develop late afternoon about Southland then evening for Otago bringing showers.
Highs: 20-25