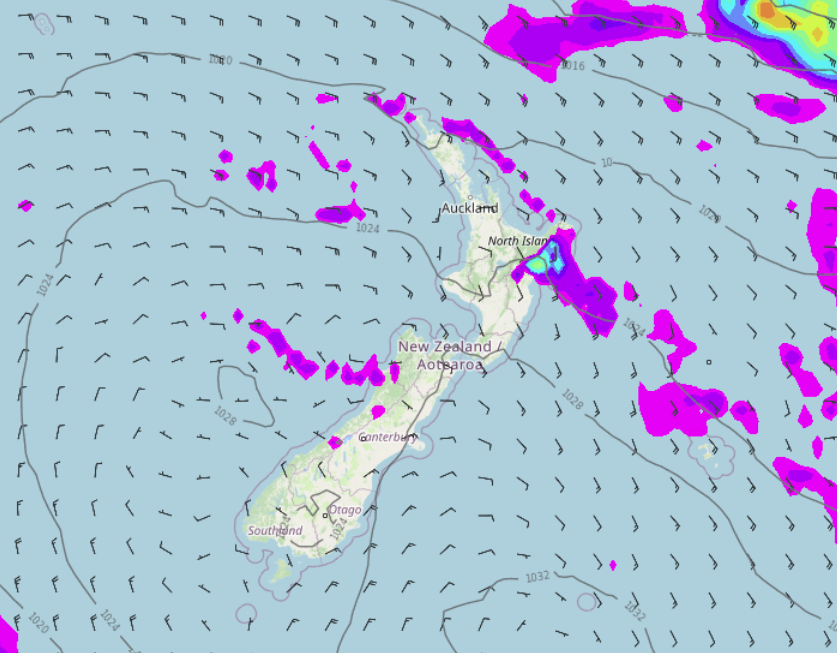 An anticyclone covers most of New Zealand today bringing mainly settled weather, winds moving around this high come in as a southeast for the North Island so a few showers can be expected for Hawkes Bay and Gisborne, also north of Auckland.

Northland, Auckland, Waikato & Bay Of Plenty
Mostly sunny with some afternoon cloud, morning showers north of Auckland clear away although clinging to northern parts of Northland for much of the day. Overnight a few showers move in for Coromandel through to eastern Northland. East to southeasterly winds.
Highs: 24-27