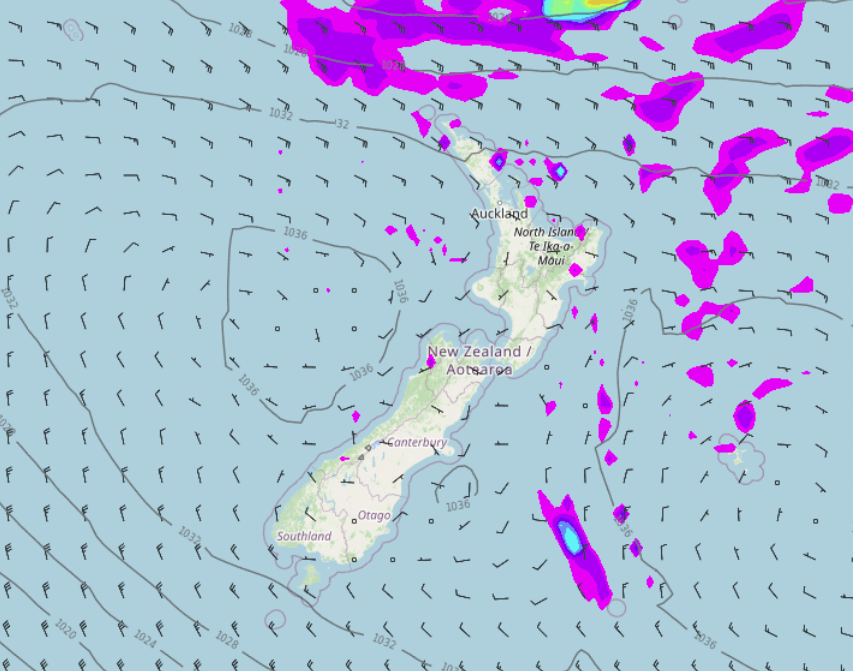 Eastern North Island
Areas of cloud and occasional sun, risk of a shower for Hawkes Bay, a slightly higher risk for Gisborne. Light winds tend east to northeast in the afternoon.
Highs: 13-14

Wellington
Mostly sunny but expect some high cloud, northerlies change to the south around midday.
Highs: 13-15

Canterbury
Cloud develops in the morning spreading northwards then breaking away during the afternoon, risk of a shower otherwise mainly dry, southwesterlies die out by evening.
Highs: 13-15