Thursday’s national forecast – Mainly settled thanks to a high 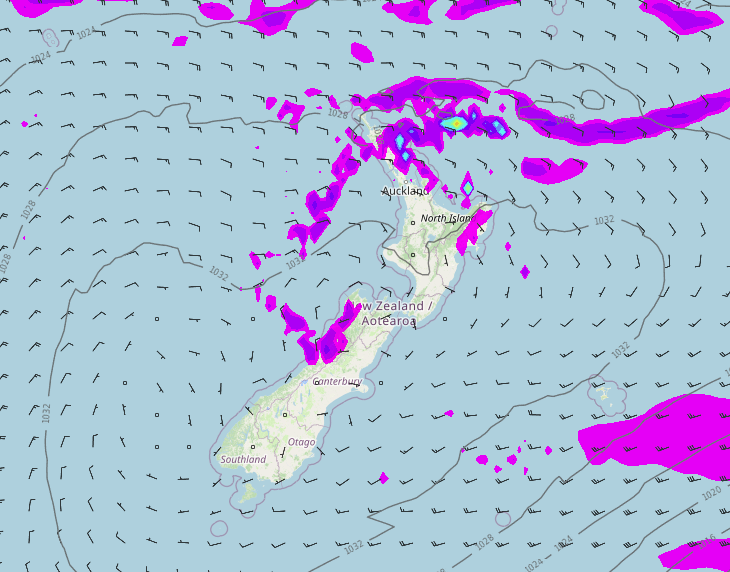 The weather today is mainly settled around New Zealand thanks to a high pressure system, a trough brings a few showers for the West Coast though and showers move through for Auckland and Northland.

Northland, Auckland, Waikato & Bay Of Plenty
Any early cloud clears Waikato and Bay Of Plenty then mostly sunny, some cloud at the other end of the day. A few showers push through Auckland in the morning then Northland from afternoon, sunny spells break through once showers clear. Easterly winds.
Highs: 18-21

Eastern North Island
Cloudy areas with a few showers, mainly north of about Napier, these thin out in the afternoon and sunny spells break through. South to southeasterly winds die out later in the day.
Highs: 15-17

Canterbury
Sunny, early mist or fog inland breaks away. Some cloud develops in the afternoon as winds tend to the east, cloud breaks away overnight.
Highs: 14-16

West Coast
Mostly cloudy with a few showers, especially south of Westport through to about Haast. Fiordland may be mostly sunny. Light winds.
Highs: 16-18