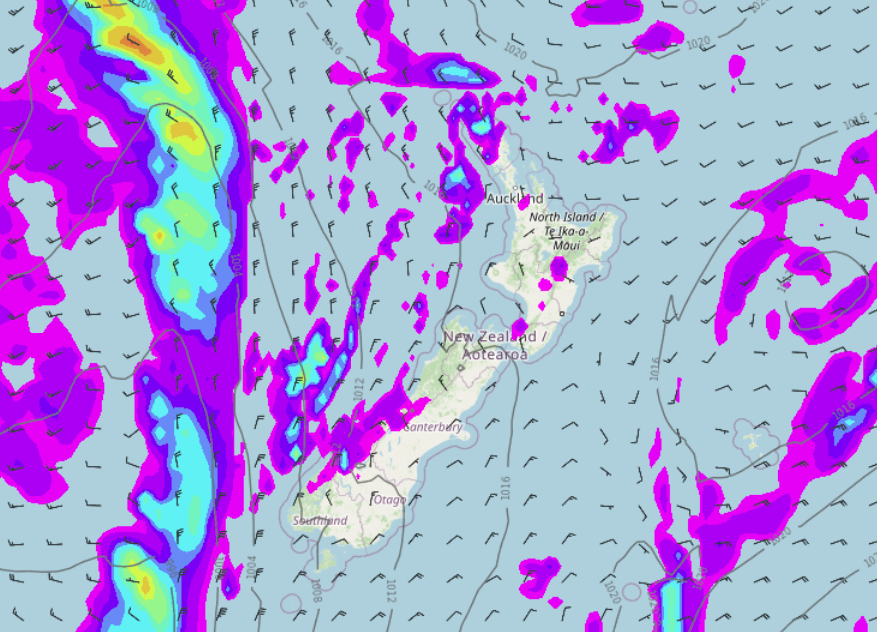 A front approaches New Zealand from the west today in the Tasman Sea, for the most part though conditions are mainly settled but a shower or two does move in for some western areas.

Northland, Auckland, Waikato & Bay Of Plenty
A mix of mid and high level cloud, there may be a shower or two also, mainly from afternoon then clearing in the evening. The Bay Of Plenty has a dry day with some high cloud. Northwesterlies tend to the north later in the day.
Highs: 16-17

Western North Island (including Central North Island)
A mix of mid and high level cloud, a shower or two about Taranaki and Kapiti. Northerly winds.
Highs: 11-16

Marlborough & Nelson
Mostly sunny, there may be some high cloud. The odd shower possible for Golden Bay from afternoon and the Marlborough Sounds in the evening. Light winds.
Highs: 14-16

West Coast
Cloudy areas and the odd shower, Buller may be fairly dry for most of the day. Northeasterly winds.
Highs: 13-15