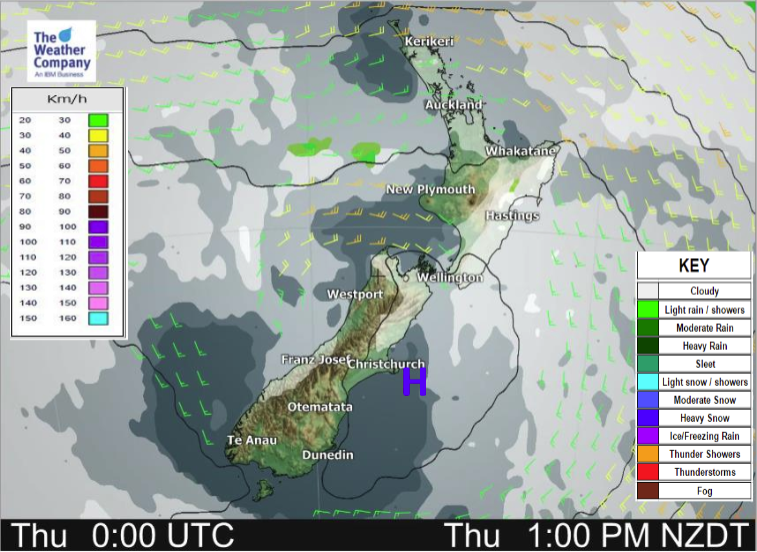 An anticyclone sits over the South Island today meanwhile a southeasterly airflow moving around this high lies over the North Island.

A shower or two for the upper North Island clearing away this morning, showers on and off for much of the day about Hawkes Bay and Gisborne.

Today’s warmest temperatures will be about the upper North Island, getting into the early / perhaps mid twenties.

Winds are mostly light but south to southeasterly winds may be a bit breezy about East Cape and eastern Northland.

Western North Island (including Central North Island)
Mostly sunny, there may be some cloud for northern Taranaki. Southeasterly winds.
Highs: 16-22

Eastern North Island
Mostly cloudy with the odd shower, Wairarapa is mainly dry but could still get a shower or two. Southerlies tend southeast in the afternoon.
Highs: 17-19

West Coast
Mostly sunny, there may be some cloud at times. Light winds tend west to southwest in the afternoon.
Highs: 19-22