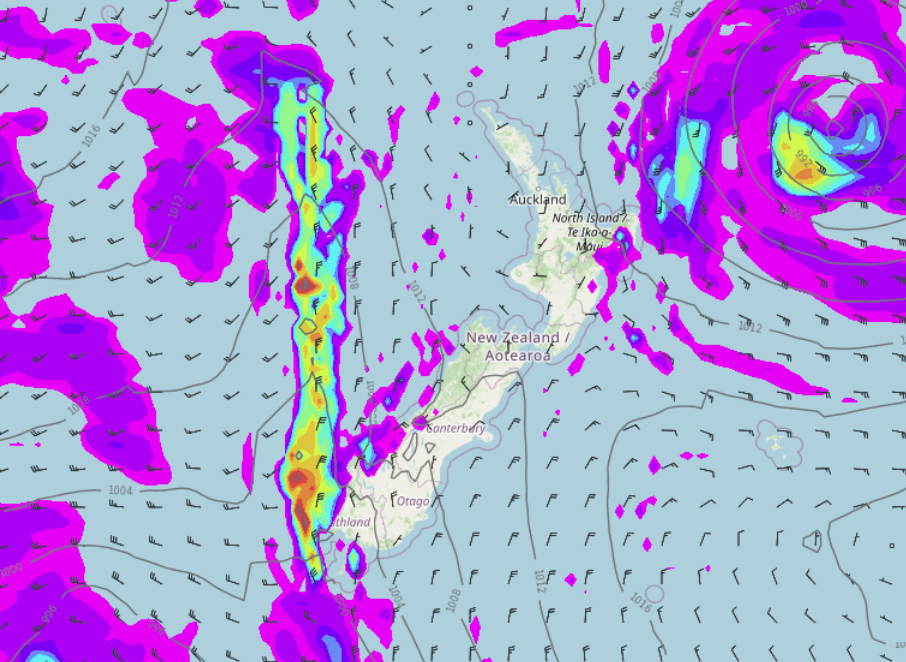 Conditions are mainly settled today due to New Zealand lying between two systems, a departing low to the northeast and a front approaching from the west in the Tasman Sea.

Most regions are dry today but we do see a few remaining showers for the eastern North Island clearing this evening, also some rain moves into Fiordland.

Northland, Auckland, Waikato & Bay Of Plenty
Mostly sunny with southerlies tending southwest during the afternoon. Bay Of Plenty may see some morning cloud then breaking away and Northland / Auckland could see a few clouds drift in from afternoon as winds tend southwest.
Highs: 16-19

Eastern North Island
Mostly cloudy with showers, starting to dry up in the afternoon for Hawkes Bay, winds from the south or southeast. Wairarapa has a mainly dry day with cloud breaking to sunny spells at times from afternoon, winds tend northeast.
Highs: 15-16

Marlborough & Nelson
Mostly sunny, there may be some early cloud then clearing. Northerlies.
Highs: 13-16

Canterbury
Sunny after a frosty start, east to northeast winds pick up in the afternoon about Banks Peninsula and near the coast.
Highs: 12-14

Southland & Otago
Some sun but expect high cloud to increase during the day, a few spots of rain in the evening about Southland and Central Otago, becoming more widespread overnight for Southland. Light north to northeasterly winds.
Highs: 11-12