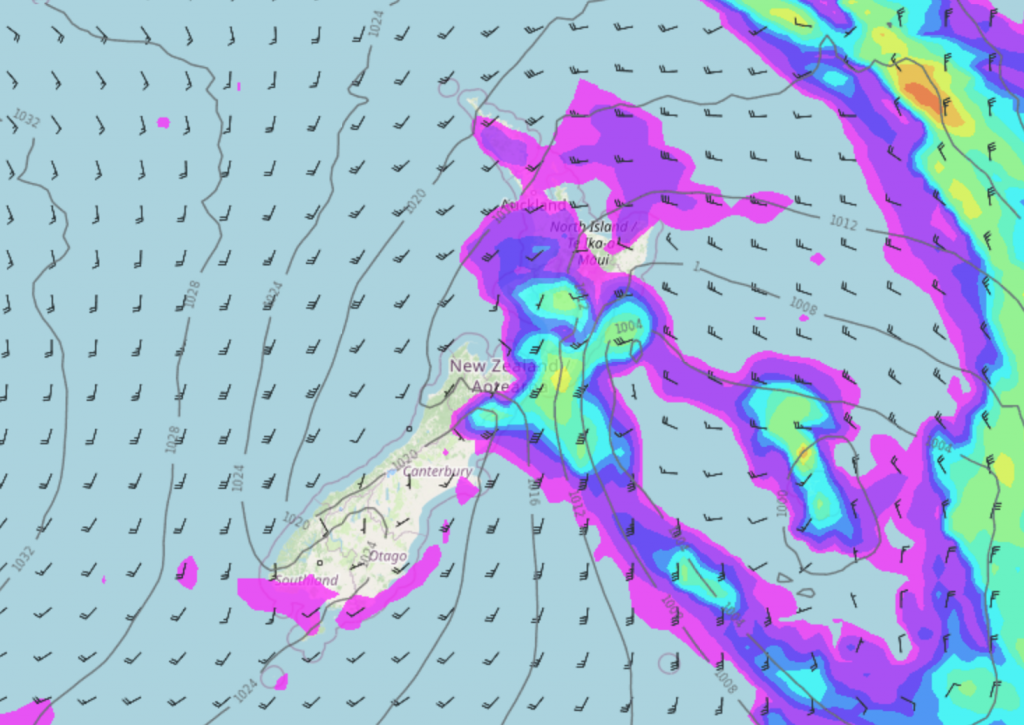 A big low to our east pushes in some heavy rain to parts of central NZ today, very strong southerly quarter winds too. These conditions ease from this afternoon or this evening as the low starts to move away.

Western North Island (including Central North Island)
Showers, rain south of Palmerston North, clearing later in the evening. Westerlies change southwest by midday, changing to the south in the evening. Snow about the Central Plateau lowers to 600m before clearing.
Highs: 6-13

Wellington
Rain with a chance of heavy falls, easing to showers in the evening. Strong southerlies, gale force about the coast.
Highs: 8-9

Canterbury
Morning showers clear South Canterbury, further north rain eases to showers in the afternoon then mostly clearing in the evening however showers stick to the coast overnight especially Banks Peninsula. Snow to 600m lowering to 400m in the afternoon. Cold southwesterlies, strong to gale about the coast, easing later in the day.
Highs: 6-10

Southland & Otago
Mostly cloudy for Southland and coastal Otago with a few showers, Central Otago has a mix of sun and cloud. Light southwesterlies, breezy for coastal Otago.
Highs: 7-9