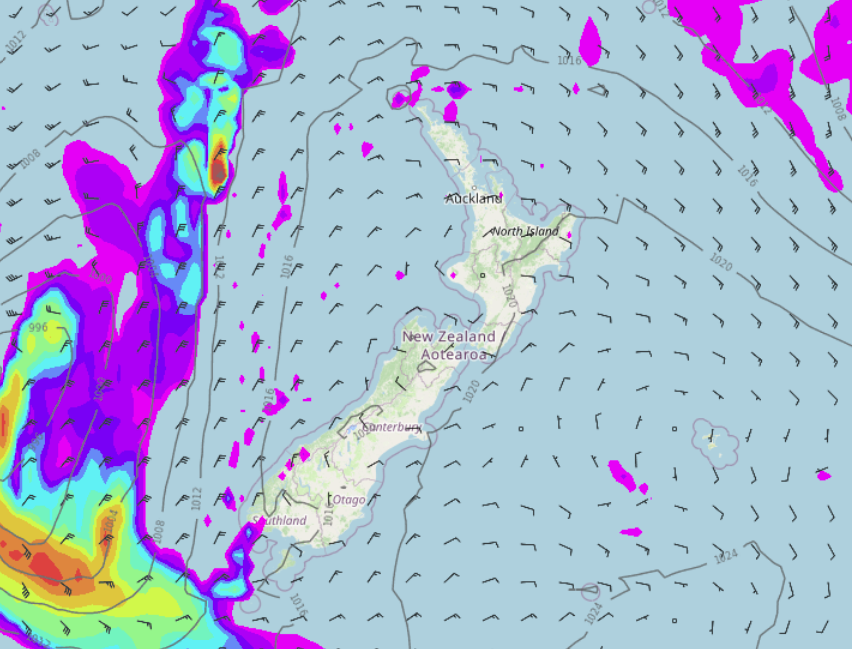 A ridge of high pressure still covers New Zealand today but it starts to get pushed out of the way tomorrow as a front moves onto the South Island.

Northland, Auckland, Waikato & Bay Of Plenty
A mix of sun and cloud, morning fog possible for the Waikato then clearing. A shower or two in the east from Coromandel up through to eastern Northland. East to northeasterly winds.
Highs: 23-27

Western North Island (including Central North Island)
Low cloud or fog (mainly inland) breaks away then mostly sunny, some cloud hangs about Taranaki during the day bringing a light shower or two. Cloud thickens up for all later in the day or overnight. Light winds tend onshore in the afternoon.
Highs: 23-27

Wellington
Sunny after any morning low cloud or fog clears, light northerlies tend to the south later in the day.
Highs: 22-26

Canterbury
Morning low cloud or fog (chance of some coastal drizzle) then sunny spells increase in the afternoon, east to northeasterly winds.
Highs: 20-26