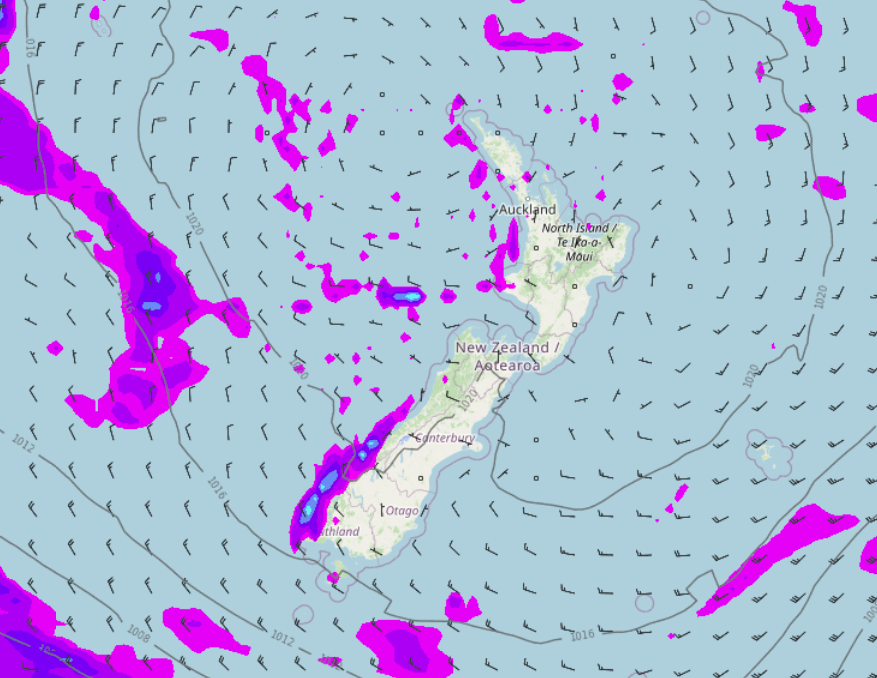 An anticyclone is in control today bringing mainly settled weather and light winds.

There is shower or two about for some western regions, dry and mostly sunny out east.

Northland, Auckland, Waikato & Bay Of Plenty
Mostly cloudy with a shower or two out west, drier the further east you go. Bay Of Plenty is mostly sunny with some high cloud moving in from afternoon, a cold start especially inland Bay Of Plenty. Light west to southwesterly winds. Winds tend onshore for Bay Of Plenty in the afternoon.
Highs: 15-18

Wellington
Mostly sunny, there may be some cloud now and then. High cloud develops later in the day. Northerly winds.
Highs: 14-16

Canterbury
Mostly sunny with some high cloud later in the day, light winds may tend east to northeast for a time in the afternoon.
Highs: 10-14

West Coast
Areas of cloud and some sun, cloud starts to thickens up from late afternoon. There may be a shower or two about, more likely for Fiordland. Light winds tend to the west in the afternoon.
Highs: 13-15