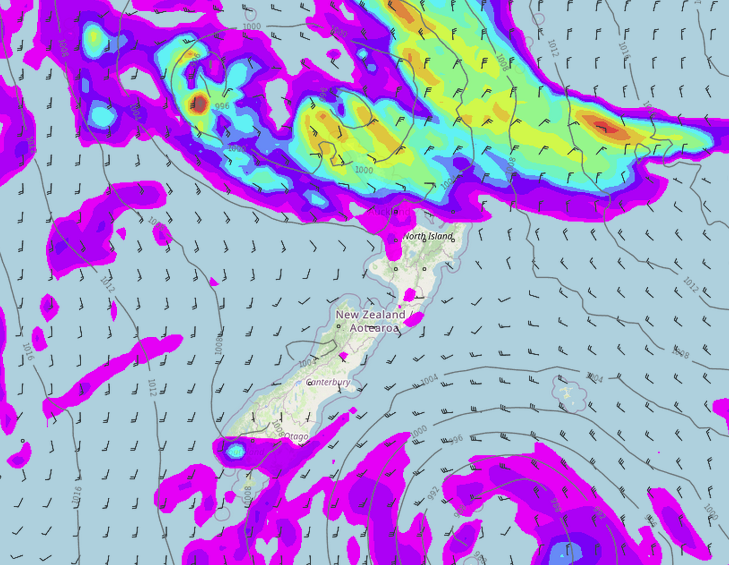 Fairly settled over most of New Zealand today however we do have a low to the northwest which brings rain to Northland this afternoon then spreading elsewhere for the upper / eastern North Island this evening and overnight.

Northland, Auckland, Waikato & Bay Of Plenty
A mix of sun and cloud, high cloud thickens from the north. Waikato may have a light shower or two. Rain (possibly heavy) moves into Northland from afternoon then spreads southwards later in the evening. Light northerly quarter winds change southeast later in the day.
Highs: 15-17

Canterbury
Partly cloudy skies, a few light showers possible north of Banks Peninsula in the afternoon then stretching down into inland Mid Canterbury in the evening. Southwesterly winds.
Highs: 4-13

West Coast
The odd shower north of about Hokitika with west to northwesterly winds, thing out and clearing in the evening. South Westland is mostly sunny. Overnight cloud starts to thicken up for most.
Highs: 8-13