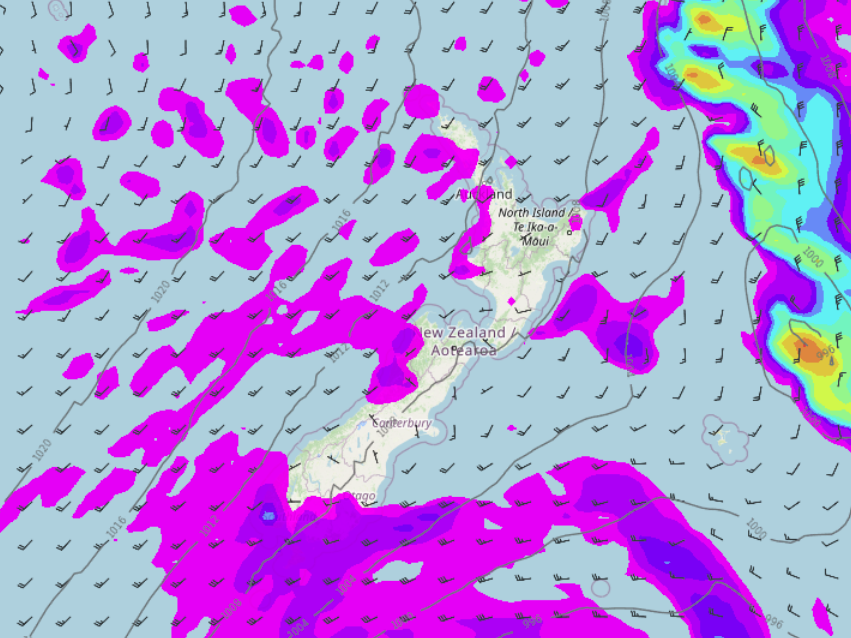 A cold southwesterly airflow lies over New Zealand today bringing showers, mainly in the west and far south but a few will get into some eastern regions for a time. Conditions about the inner South Island are going to be very frosty coming up over the next few days and there will be snow flurries on the ranges about the far south.

Western North Island (including Central North Island)
Some cloud, risk of a shower or two. West to southwesterly winds, breezy about Taranaki.
Highs: 8-14

Eastern North Island
A mix of sun and cloud, risk of a shower mainly about Gisborne first thing in the morning and Wairarapa during the day. Light winds tend southwesterly.
Highs: 12-14

Wellington
Any early showers clear then mostly sunny, light winds tend to the south later in the day. Some overnight cloud.
Highs: 11-12

Canterbury
Mostly sunny after a frosty start, some cloud starts to develop from afternoon as light winds tend to the south. Risk of a shower this evening.
Highs: 7-10

West Coast
Cloudy areas and a shower or two, skies about South Westland dry out in the afternoon. Southwesterly winds.
Highs: 8-11

Southland & Otago
Mostly cloudy with showers, snow flurries to 400m. A bit drier for North Otago but there odd shower may push in at times. West to southwesterly winds, fresh about the coast.
Highs: 6-7