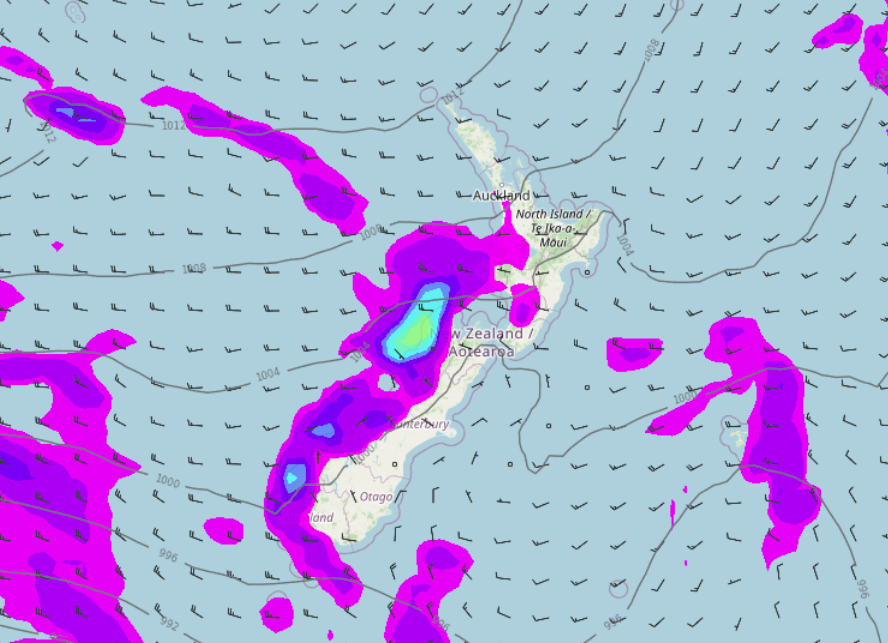 A cold front passes northwards over the South Island today, moving into the western North Island this evening.

Western regions see rain or showers today, mainly dry in the east although Southland could see a few spits or showers. Westerly quarter winds are a bit blustery about the western North Island and especially Taranaki through to Kapiti / Wellington and across to Golden Bay at the top of the South Island. Temperatures in the high teens or early twenties for most but staying in the mid teens for some inland areas and along the West Coast.

Northland, Auckland, Waikato & Bay Of Plenty
Cloudy areas develop in the morning, the odd shower too mainly out west. Showers becoming a little more widespread for a time overnight. Southwesterlies gradually swing around to the west during the afternoon.
Highs: 20-22

Western North Island (including Central North Island)
Cloudy areas move in first thing bringing in the odd shower, showers pick up in the evening for a time before clearing at night. West to northwesterly winds.
Highs: 14-20