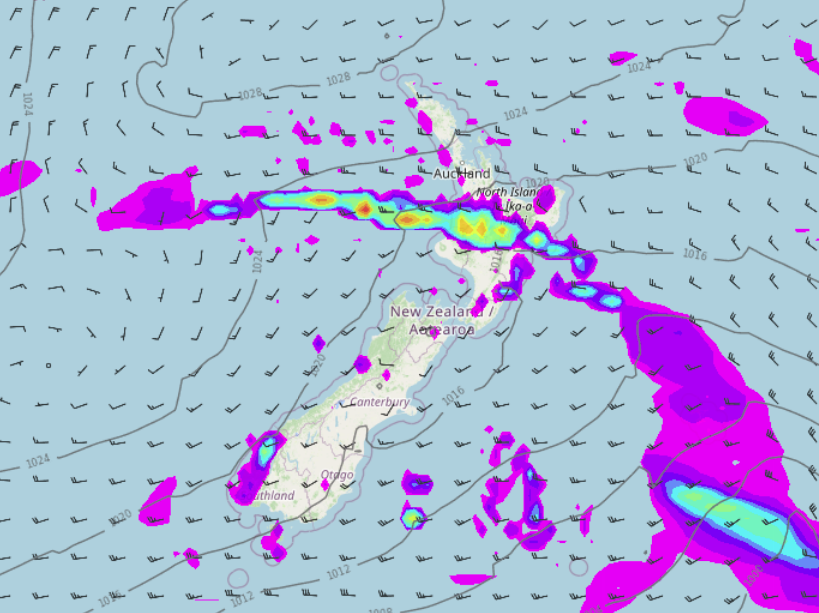 A cold front moves off the upper South Island this morning then onto the lower North Island before continuing northwards, rain in the west and showers in the east as this front moves through.

Northland, Auckland, Waikato & Bay Of Plenty
A mix of sun and cloud, the odd shower in the west. Some rain for a time late afternoon / evening as breezy westerlies change southwest then easing at night.
Highs: 16-17

Eastern North Island
Showers develop about Wairarapa in the morning then spreading northwards early afternoon, sun before showers move in. Showers clear up in the evening from the south.
Highs: 14-19

Wellington
Showers develop in the morning, clearing late afternoon or evening as southerlies die away. A mostly cloudy day.
Highs: 13-14

Marlborough & Nelson
Showers develop in the morning with southerly winds, clearing up mid to late afternoon then sun breaking through. Southerlies die out in the evening.
Highs: 13-16

Canterbury
Morning showers clear then becoming mostly sunny in the afternoon with southwesterlies dying out.
Highs: 13-15

Southland & Otago
Cloudy areas and occasional spits or showers for Southland, Otago has morning showers then sunny spells in the afternoon. Westerly winds, gusty about the coast.
Highs: 11-14