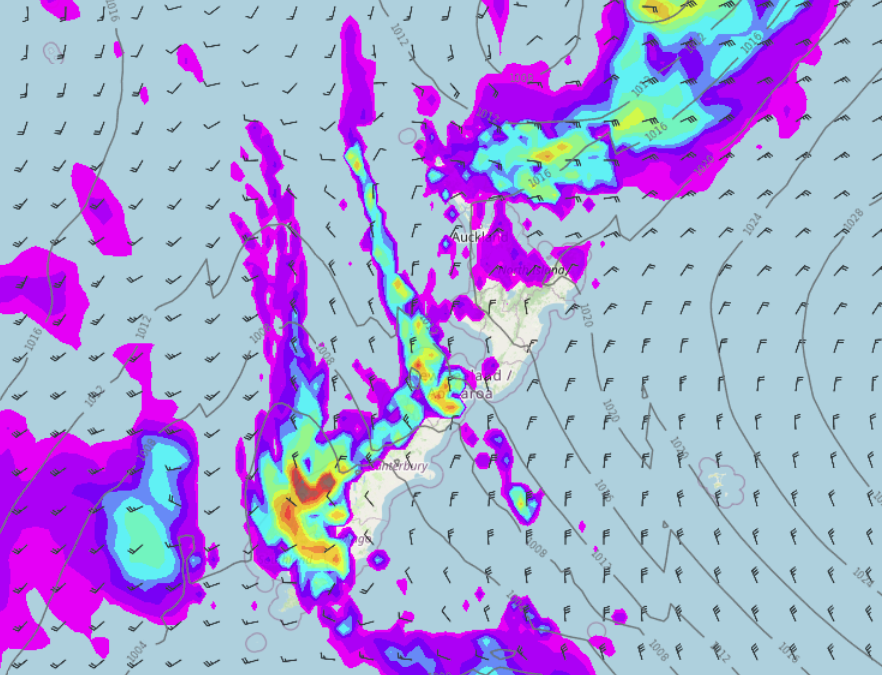 A series of fronts starts marching over the South Island today, this culminates in a southwest airflow spreading northwards later today and overnight meanwhile a ridge is losing strength over the North Island.

Western North Island (including Central North Island)
A mix of sun and cloud, skies about Taranaki and Kapiti are a little cloudier with the chance of a shower especially from evening. Rain spreads into most areas later in the evening. Northerly winds.
Highs: 19-25

Canterbury
Any early spots of rain clear then mostly sunny, further spots of rain may spread into South Canterbury from the west in the afternoon. Winds from the northwest and warm. Overnight a fresh southwest change moves through with showers.
Highs: 23-26

Southland & Otago
Morning rain (possibly heavy for Southland) then easing around midday, sun may break through in the afternoon for Otago. Rain picks up again in the evening. Light winds freshen from the southwest later.
Highs: 16-22