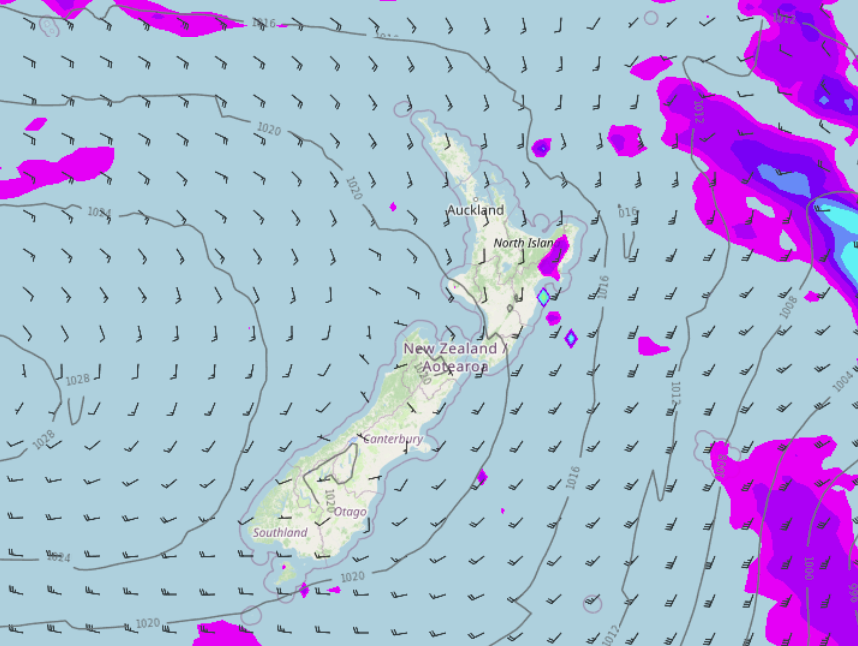 A southwesterly airflow lies over New Zealand today but it is starting to ease as an anticyclone starts to push in from the Tasman Sea.

Northland, Auckland, Waikato & Bay Of Plenty
A mix of sun and cloud with any early showers clearing, southwesterly winds tend east to southeast later in the afternoon. There could be a few showers for Coromandel later in the day then eastern Northland overnight.
Highs: 19-22

Western North Island (including Central North Island)
Showers, clearing in the morning then sun increasing. Southeasterly winds (fresh about the coast) ease then die out in the evening.
Highs: 13-19

Wellington
Showers, clearing around midday then becoming mostly sunny during the afternoon. Strong southerlies ease then die out in the evening.
Highs: 14

Canterbury
Morning showers clear away then becoming mostly sunny in the afternoon, gusty southwesterlies ease. Afternoon easterlies south of the Rakaia River. The Mackenzie Country is sunny from morning with a frost possible to start the day.
Highs: 14-15

West Coast
Sunny with southeasterlies dying out in the morning, some cloud later in the day or overnight.
Highs: 16-19