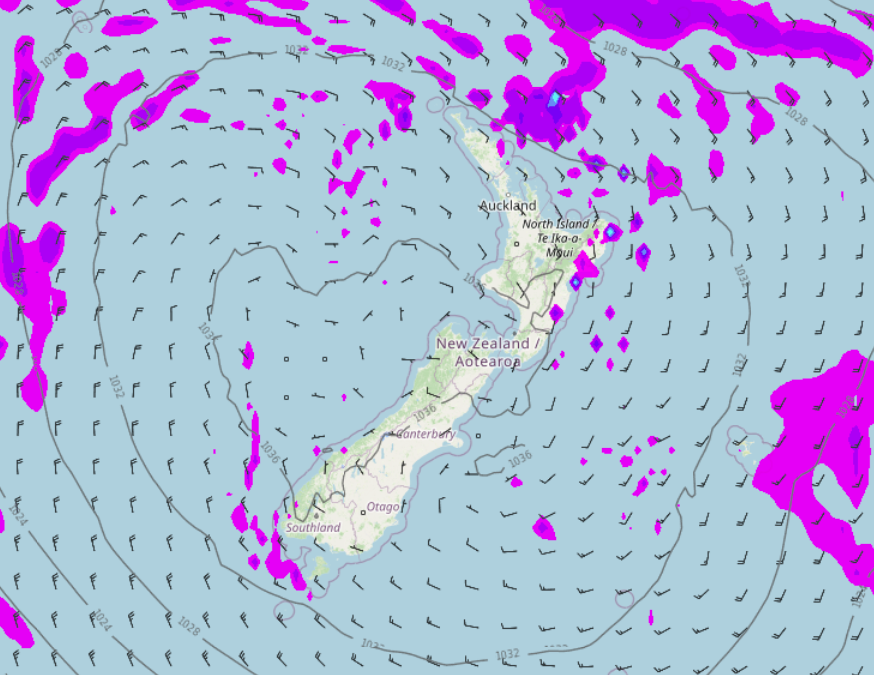 An anticyclone settles in over New Zealand today, this high takes up residency through till early next week bringing a period of settled and frosty weather.

Eastern North Island
Mostly cloudy with the odd shower, becoming mainly dry by evening although showers remain about northern Hawkes Bay northwards. There may be some sun late in the day before dusk. Southwesterlies die out overnight.
Highs: 12-14

West Coast
Sunny, some cloud develops later in the day. About Fiordland skies are a little cloudier with the chance of a light shower about the coast. Light winds.
Highs: 8-13