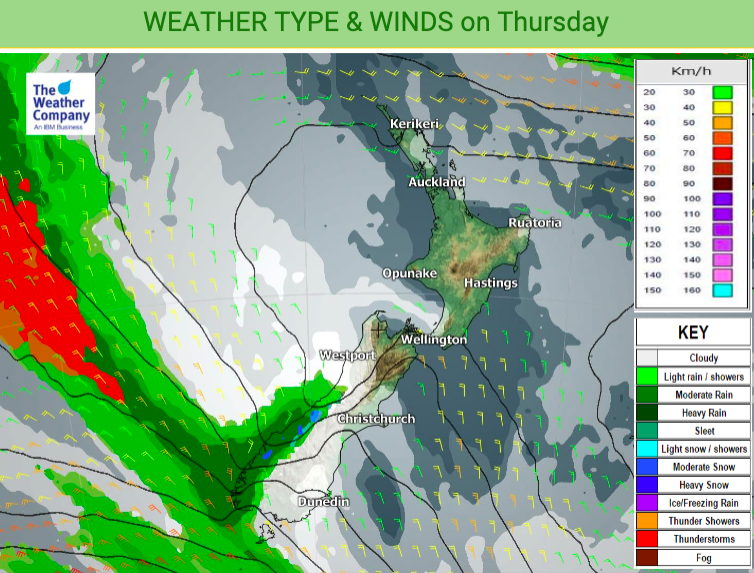 High pressure remains over the New Zealand area but is slipping off part of the South Island today, allowing for a milder and breezier northerly flow.

This will pile up clouds on the West Coast and produce a few showers there.

Remember, to drill down deeper visit www.RuralWeather.co.nz – the world’s largest weather data website for your local part of NZ!

Northland, Auckland, Waikato & Bay Of Plenty
A cold start for some, close to freezing in South Waikato or inland BOP. But a mild day on the way with light variable winds.
Highs: 13-18

Wellington
A cool start with a mainly sunny day and northerly winds.
High: 12 – 15

West Coast
Cloudy periods, might be a shower – especially further south where it turns to rain south of Hokitika. Light variable winds.
Highs: 12-14

Southland & Otago
Sunny or a mix of sun and cloud. Northerly quarter winds. A little milder than Wednesday.
Highs: 12-16