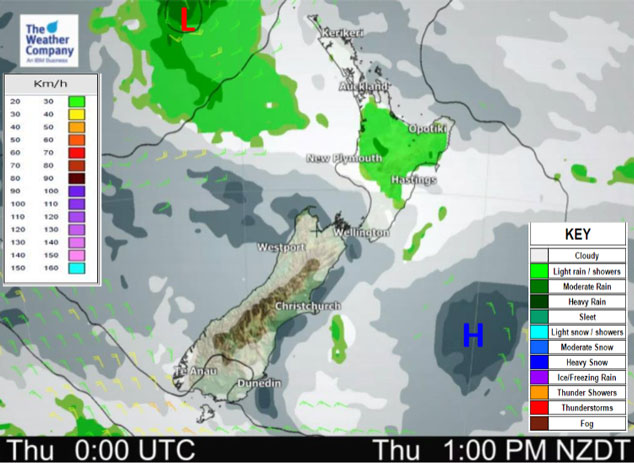 Eastern North Island
Mostly sunny, some cloud at times especially later in the day bringing the chance of an isolated shower to the ranges. Light east to northeasterly winds.
Highs: 18-21

Canterbury
Any morning fog clears then mostly sunny, some high cloud at times during the day. Afternoon easterly winds.
Highs: 17-20