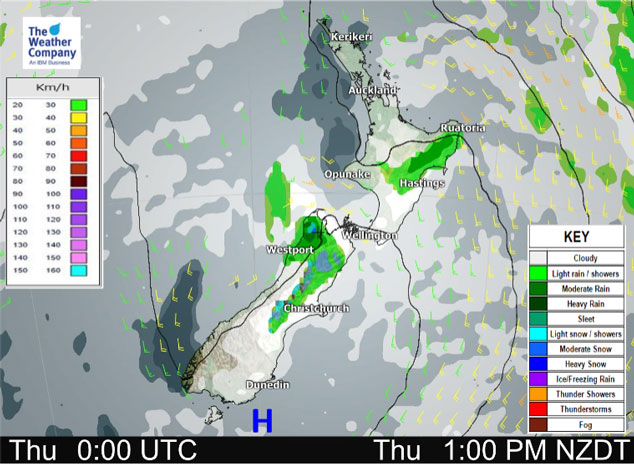 A south to southeasterly airflow lies over New Zealand today, a few showers in the east (especially the North Island’s east coast). Mainly dry in the west but a few isolated showers may crop up for some.

Wellington
Partly cloudy, chance of a shower mainly morning then again in the evening. Fresh south to southeasterly winds.
High: 12

Marlborough & Nelson
Morning showers clearing, sunny areas increase from afternoon about Marlborough, some sun possible late in the day for Nelson before dusk. Snow flurries to 600m in showers. Winds from the southeast.
Highs: 10-13

Canterbury
Morning showers clear, some snow to 400m about inland areas first thing before clearing. Cloud starts to break from afternoon, southerlies die out in the evening.
Highs: 9-11