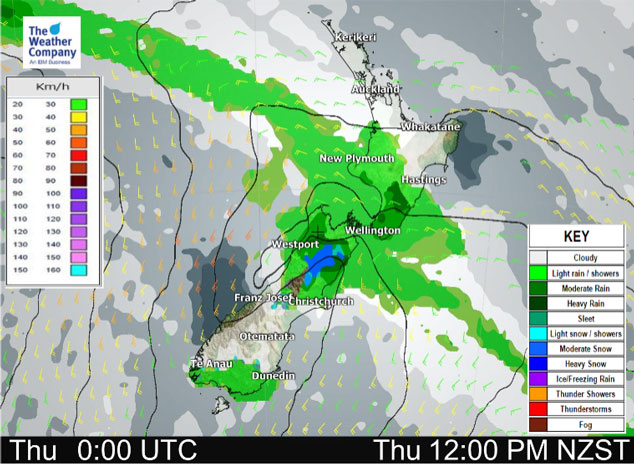 Marlborough & Nelson
High cloud, northwesterlies change southerly late morning, brief showers about Nelson with the change then some sun breaks through. Evening showers for both regions then clearing overnight.
Highs: 13-15

West Coast
Mostly sunny about South Westland, early morning rain eases to the odd shower for North Westland then clearing in the evening. Sun breaks through at times for North Westland from afternoon. Southwesterly winds tend south to southeast later in the day.
Highs: 13-14